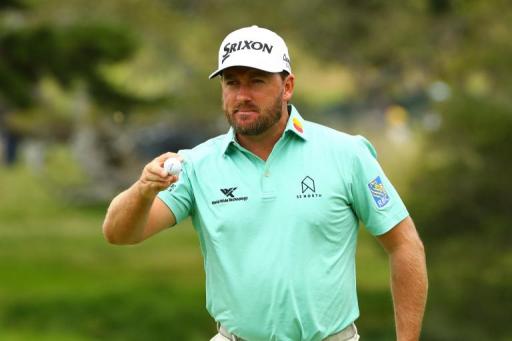 Team Europe vice-captain Graeme McDowell made a determined start at the Dutch Open as Irishman Niall Kearney holds the lead.

McDowell scrambled all day to get into the clubhouse at 1-under par with an opening round of 71.

The Northern Irishman's round included three birdies and two bogeys on a tough day.

He fist-pumped a huge par save at 15 and then found a closing birdie at 18 on the new host venue of the European Tour event.

McDowell, 42, said it was a late decision to play, adding: "I felt like I made the right decision, it's been too long.

"I didn't drive the ball very well today and left a few out there."

Belgium's Thomas Pieters also had a good start (69) to get to 3-under-par.

Wow, what a touch from @Thomas_Pieters

Pieters got to 5-under-par but found the water at the par-3 17th, missing left with a bad mental error.

He compounded his error at 17 and found the water with his tee shot at the par-5 18th.

Detry is two behind the lead.

McDowell's fellow Irishman Kearney set a new course record (65) to get to 7-under-par with a bogey-free round to gain the sole lead.

Denmark's Martin Simonsen set the early clubhouse lead with with an opening 66.

"I usually get off to a poor start then have to scramble on a Friday," the Dane, 32, said.

Andrew "Beef" Johnston made a solid return to form at Wentworth last week.

He's in the clubhouse at 2-under-par.

Last year's champion, Sergio Garcia, is absent as he prepares for the forthcoming Ryder Cup.

NEXT PAGE: IAN POULTER'S RANGE SESSION HIJACKED BY US FANS