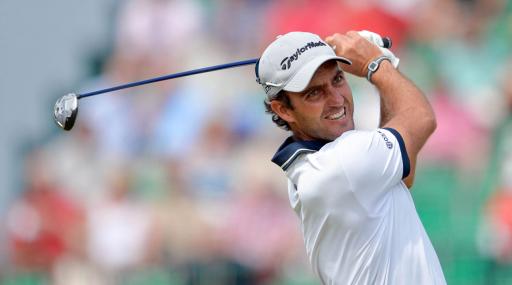 Edoardo Molinari - brother of Open champion Francesco - has revealed the slow-play culprits on the European Tour via a tweet he sent over the weekend.

Molinari, 38, a three-time European Tour winner, clearly doesn't mind the hand slap, fine, suspension he's set to receive from the European Tour for releasing such information to the public.

Going on Molinari's post, it would appear Spain's Adrian Otaegui is one of the slower players on Tour after being timed on six occasions. The Spaniard has also been hit with one of three fines for slow play alongside South Africa's Erik Van Rooyen and Louis Oosthuizen.

A total of 54 players have had at least one time breach, including Bryson DeChambeau, Bernhard Langer and even Tiger Woods.

Check out the post below to see for yourself...

As promised...list of timings as of April 22nd. Next updates list will come out at the end of June!
There are a few usual suspects and a few surprises.
Please retweet and share to speed things up!#stopslowplay pic.twitter.com/VpR65M4Xrb

Three-time major champion Brooks Koepka sounded off on slow play earlier this season when claiming the Tour "didn't have the balls to penalise" players for taking too long on the golf course.

Molinari was all over slow play on the European Tour last week, firing out a number of tweets on the issue. Fair play, Edoardo, it does need to be addressed after all...

It’s time that professional golf does something serious for slow play...5h30min to play 18 holes on a golf course without rough is just too long...way too long! #stopslowplay

I didn’t think I was going to cause such a debate with this tweet, however...if the above tweet about slow play gets 1,000 retweets I’ll post the updated list of players being timed and fined on the @EuropeanTour in 2019 as of last Monday!#stopslowplay