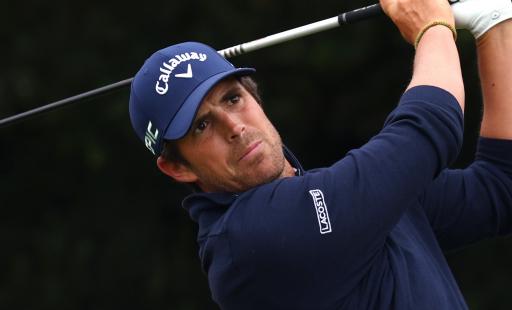 Nacho Elvira holds the largest 54-hole lead on the 2021 Race to Dubai thus far and will take a six-stroke cushion into the final round of the Cazoo Open supported by Gareth Bale.

The Spaniard, seeking a maiden European Tour victory on his 195th start, recovered from a bogey on his opening hole with six birdies to post a five under par round of 66 on The Twenty Ten Course at The Celtic Manor Resort, host of the Ryder Cup 11 years ago.

Four golfers form the chasing pack in a share of second place. Callum Shinkwin equalled the lowest score of the tournament, a flawless eight under par 63, to charge up the leaderboard. He’s joined on ten under par by Chase Hanna of the United States, South African Justin Harding and Finland’s Mikko Korhonen.

A stroke further back is Sam Horsfield, who won the Celtic Classic at this venue last year.

"I’m very happy. I didn’t think about the score until the last hole," said Elvira.

"I’m playing very consistent, very smart, that’s thanks to my caddie. We try to go at pins when we can, if not we go to the fat side, two putt and go to the next.

"I struggled a little bit with pace and putting, the pace was different. It rained a lot last night and my first putt on number one I was 12 feet short. It’s hard to control the wedges today. With mid and long irons it played easier, because you don’t have to count the release. There was a bit of balance.

"It’s a good feeling. But to be honest, I don’t care at the moment. I struggled a bit the last year, year and a half, not with form, but it’s golf, mentally, a little bit physically. Battling with an injury. I’m happy playing golf again and being in the moment."