Marcus Armitage had golf fans in stitches after posting a video of himself putting naked in his hotel room during the current European Tour event. 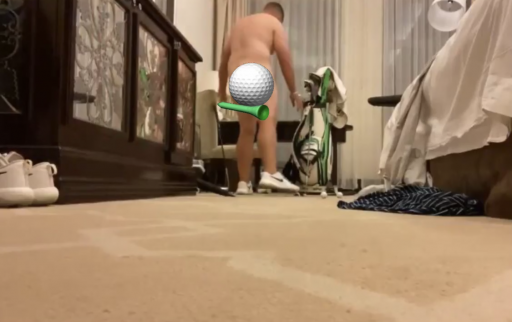 Marcus Armitage is one of the most popular players on the European Tour and he's once again brightened up the day of golf fans after he posted a hilarious video putting naked in his hotel room.

The Englishman is currently playing in the European Tour's Qatar Masters and following a 1-over par second round on Friday, Armitage is 1-under for the tournament.

The 33-year-old struggled with his putter during the second round and after returning to his hotel room, he posted a video on his Twitter account, directed at his putting coach Phil Kenyon, who works with multiple stars around the world.

PGA TOUR NEWS: Ben An mocks himself on social media after making an 11 at par-3 17th

At first, all you can see is the clubhead of an Odyssey 2-Ball putter and Armitage's shoes as he lines up the putt, but as he walks away to collect his ball, he reveals a lot more...

WATCH ARMITAGE REVEAL ALL IN THE VIDEO BELOW:

Couple of bad days putting so I mite give the 2ball a go! What do you think @KenyonPutting pic.twitter.com/mM2bZ9ZdEV

"Couple of bad days putting so I might give the 2-Ball a go! What do you think Phil Kenyon?" read the tweet.

The video has been racking up likes and comments, with fellow European Tour stars reacting to Armitage's video, including Eddie Pepperell and Ross Fisher.

"Some crack you are Bullet," said Fisher.

This week's Qatar Masters is the first European Tour event since the Saudi International, where Dustin Johnson claimed the title.