Golf Betting Tips: Our BEST BETS for the 2021 Cazoo Open

It is great to see European Tour golf return to Wales for the 2021 Cazoo Open. 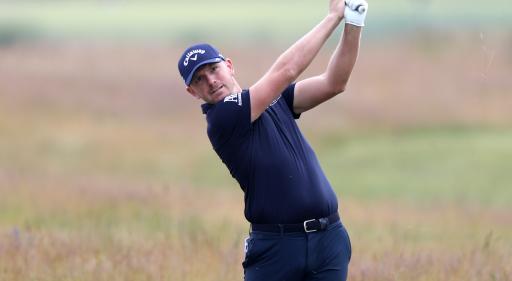 Celtic Manor Resort in Newport will play host to the Cazoo Open supported by Gareth Bale this week on the European Tour, in a great event that was brought back to the circuit last year.

Celtic Manor will always be a spiritual home for European golf fans as it hosted a famous win for Team Europe at the 2010 Ryder Cup, and we have three selections below for you all to sink your teeth into.

It may be boring to choose the favourite to win, but Matt Wallace is on the verge of a win on the PGA Tour and therefore, he should definitely be challenging at the top of the leaderboard this week.

He came third at the Valero Texas Open and tied sixth at the Wells Fargo Championship and in both events, he competed with players such as major champions Rory McIlroy and Jordan Spieth.

Wallace has been consistently competing in the top 60 players in the world for the last few years and his improvement suggests that he will be the one to watch in Newport this week.

Laurie Canter has risen through the ranks on the European Tour and he is on the cusp of securing his first title. He finished tied eighth at the Made in HimmerLand and tied fourth at the Omega Dubai Desert Classic.

Canter came tied fifth at the ISPS Handa Wales Open in 2020, four shots behind Langasque, and it looks as though this sort of event suits the Englishman.

In a slightly weaker field and at 20/1, Canter is at a very attractive price to finally claim his first win on the European Tour.

Maverick Antcliff has been showing some good signs on the European Tour this season, finishing second at the Canary Islands Championship and tied 11th at the Porsche European Open.

These performances have come fleetingly but the Australian has clear potential. 60/1 is a big price for a player who has been close to winning his first European Tour title in the last few years and he has the ability to shoot low scores at accessible courses.

NEXT PAGE: GOLF BETTING TIPS: OUR TOP BETS FOR THE 2021 3M OPEN ON THE PGA TOUR