Golf Betting Tips: Our BEST BETS for the 2021 Italian Open

The Italian Open is one of the most exciting and attractive events on the European Tour that brings a world-class field every season. 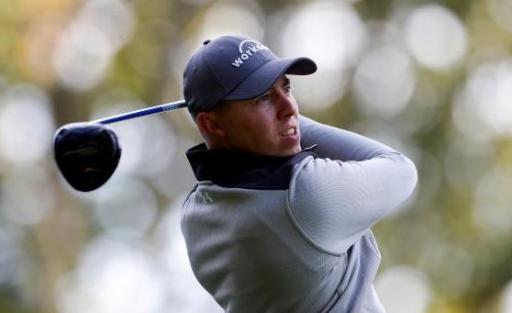 The Italian Open is a glamourous and attractive event on the European Tour that always brings in a world-class field and always produces a memorable week.

English players have a fantastic record in this tournament. Tyrrell Hatton, Robert Rock and Ian Poulter have all won this prestigious event in years gone by.

In 2021, the betting favourite this year is Matthew Fitzpatrick. Unfortunately for the 26-year-old, he was eliminated from the FedEx Cup Playoffs at the Northern Trust stage but now he is focused on this week in Rome.

RELATED: CANTLAY'S CADDIE ON DECHAMBEAU COMMENT: "IT ADDED A LITTLE BIT OF SPICE!"

There will be a lot of players who will be looking to catch the eye of European Ryder Cup captain Padraig Harrington, as the matches at Whistling Straits edge closer.

Now ranked at No. 24 in the world, Fitzpatrick has finished in the top-10 on five occasions in his last 20 PGA Tour events, with his best result being a tied fourth finish at the RBC Heritage.

The man from Sheffield has won six times on the European Tour. Although it is boring to go with the favourite, Fitzpatrick is definitely a worthy favourite and 14/1 is a very reasonable price.

It hasn't been a good season for Henrik Stenson, but his last two performances have been reminiscent of his old self. He has made back-to-back top-five finishes at the Omega European Masters and the D+D Czech Masters.

The 2016 Open champion is staking a late claim for the European Ryder Cup side and although it may be too little too late for the Swede, his form has dramatically improved in recent weeks.

RELATED: HOW TO WATCH THE TOUR CHAMPIONSHIP: A TV GUIDE FOR UK AND US GOLF FANS

I have chosen Richard Bland a couple of times this season after he won the Betfred British Masters earlier in the year. This is because he continues to be offered at a huge price such as 60/1.

Since that memorable week at The Belfry, he has had top-five finishes at the Made in Himmerland, the Irish Open and the Cazoo Classic. As long as the Englishman is offered at such large prices, I will continue to support him.