Henrik Stenson turned professional in 1998 and since then, he has become one of Europe's best and most recognisable golfers. 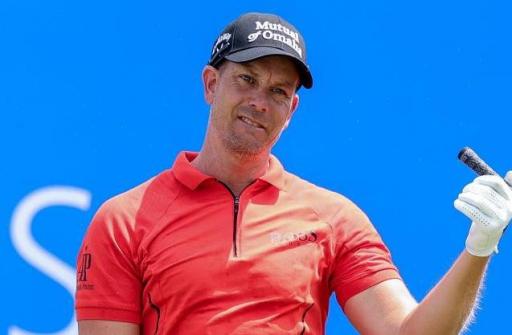 Henrik Stenson and Annika Sorenstam are hosting the Scandinavian Mixed in Sweden this week and Stenson has been the focus of much attention due to some archival footage.

The European Tour dug deep into their archives and found footage of Stenson as a young golfer, talking about his early days of practice and how he played golf with his friends.

In the video, the former World No. 2 described how he and his friends would play for ice cream on the course instead of money and he amusingly said that he had eaten a fair bit of ice cream during that period.

We all know that to become a professional golfer at the very top level, as the 45-year-old has done, you must make sacrifices and practice extremely hard for long hours.

Golf fans reacted to the great footage of Stenson:

"Amazing to have a voice like that by the age of 8," another fan said.

"Guy hits a 3 wood further than I can drive a car in most countries," one fan said.

Stenson tells the interviewer in the video that he would be at the golf course from early in the morning until late at night, working hard to improve his game.

And it certainly paid off. Stenson has won eleven times on the European Tour and six times on the PGA Tour, with his most memorable week coming at Royal Troon in 2016 when he won the Open Championship.

He has represented Europe at the Ryder Cup on five occasions and in 2006, he holed the winning putt for Ian Woosnam's European side at The K Club.

NEXT PAGE: GOLF FANS REACT TO YET ANOTHER RICKIE FOWLER ADVERT ON INSTAGRAM!

Previous
Golf fans react to YET ANOTHER Rickie Fowler advert on Instagram!
Next
Rory McIlroy HITS BACK at critics of his caddie Harry Diamond