Henrik Stenson is determined to impress European Ryder Cup captain Padraig Harrington and he continued his fine form at the Italian Open on Thursday. 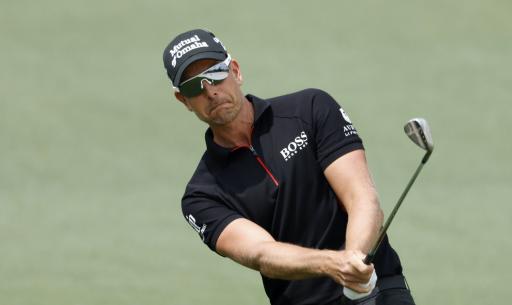 Henrik Stenson has been in inspired form on the European Tour in recent weeks and he hit the top of the leaderboard at the Italian Open on Thursday.

The Swede has been playing like his old self in his last couple of tournaments, which has come at a timely point in the season when the Ryder Cup at Whistling Straits is approaching.

The World No. 143 began his day in fine fashion with birdies at the 10th and 11th holes, on his way to completing his first nine in 4-under-par at Marco Simone Golf Club in Rome.

Stenson made three more birdies in his last nine holes to complete a round of 7-under-par, currently sharing the lead with Min Woo Lee and Kalle Samooja.

The 45-year-old has made back-to-back top-five finishes at the D+D Czech Masters and the Omega European Masters, but prior to that, he had not achieved a top-10 place in 2021.

Stenson is currently ranked 24th in the World Points list for the European Ryder Cup standings. Irishman and fellow Open champion Shane Lowry currently holds the ninth and final spot which could squeeze him into the side.

He had to rely on Thomas Bjorn choosing him as a captain's pick for the last Ryder Cup in 2018 and he contributed to a resounding win for the European side at Le Golf National in France.

The 6-time PGA Tour winner and 11-time European Tour winner shares top spot at the Italian Open in round one, one shot ahead of Eddie Pepperell and Scott Hend on 6-under-par.

Pepperell has also struggled to find consistency in 2021, but the popular Englishman shot a solid 65 in the first round in Italy.

european tour
Ryder Cup
Henrik Stenson
Italian Open
Padraig Harrington
Previous
REVEALED: 9 reasons why we have no time for Bryson DeChambeau on the PGA Tour
Next
"Get the gang back together one last time" - European Ryder Cup Team Prediction