John Catlin became the first American winner at Real Club Valderrama since Tiger Woods in 1999, as he wins his maiden European Tour title. 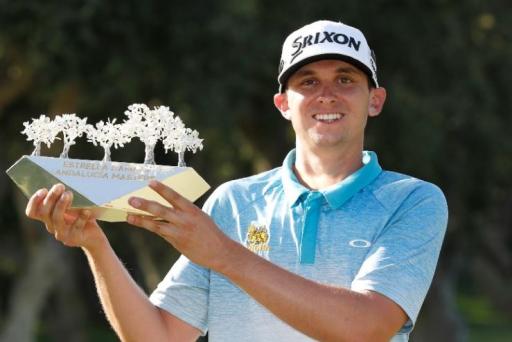 Catlin shot a 4-over par final round on Sunday to finish the tournament 2-over par, with Kaymer shooting 3-over for his final round to finish 3-over for the week and three players shared third place at 4-over, including South African Justin Harding.

American Catlin failed to make a single birdie at Valerrama on Sunday in what proved to be the toughest scoring day of the week, with only seven players shooting below par for the day.

"I think it's still kind of setting in," Catlin told Sky Sports. "The nerves were going nuts the whole round. This is a very difficult golf course, the greens were firm and fast and the wind was no easier than it had been the previous three days.

"I don't think it's quite sunk in that I've finally actually won but that was my goal at the start of 2019 to win on the European Tour, so to have actually accomplished that is pretty hard to put into words."

Kaymer, who hasn't won for six years, started the final round two behind but was level when Catlin bogeyed the 5th, but found himself two-strokes back again when he reached the turn, after the German lost his ball on the 9th and made a double-bogey.

At one point there was a three-way tie for the lead between Catlin, Kaymer and Harding, but it came down to two after Harding double-bogeyed his final hole.

Kaymer needed to chip in from the fringe of the green at 18 to take the tournament to a play-off with Catlin, but he left it slightly short, allowing Catlin to tap in for bogey and win his first European Tour event.