The Belgian has been out of form for quite some time but looked back to his best in Vilamoura. 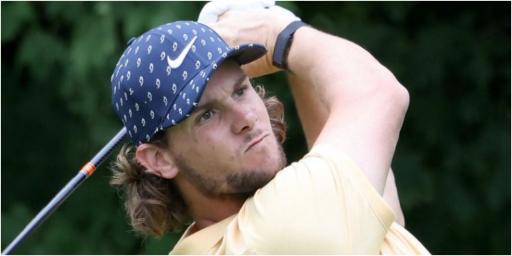 Thomas Pieters got back to his best form as he tied for the lead on moving day at the Portugal Masters.

The Belgian has struggled for form over the last few years but finally looked back to his best in Vilamoura.

The 29-year-old Belgian, who has won four times on the European Tour, carded a third round 65 to see him reach 16-under par.

It followed an opening 68 and a sublime second round of 64 at the par-71 Dom Pedro Victoria Golf Course.

MORE: WHY WE COULD BE GETTING A TIGER WOODS UPDATE SOON

It means Pieters will be in the last pairing on Sunday with France's Matthieu Pavon who signed for the same third round score.

Pieters' made the turn at level par in entertaining fashion on a card that included three birdies, a bogey and a double bogey.

Italy's Nino Bertasio led through 36 holes after a course record 61 to open his week.

But he faded on Saturday and struggled to get anything going as he found himself over par for the day.

Lucas Bjerregaard (69) is four strokes behind the lead and will need to go deep if he is to win his third European Tour event.

Nicolai Hojgaard and Sam Horsfield are also in the top 10.

Horsfield got angry with a cameraman after he hit his drive up 18.

A cameraman clicked too early and the flash put Horsfield off at the top of his backswing.

The Englishman glared at the cameraman then let off an expletive.