We are set for an exciting final day on Sunday at Crans-sur-Sierre Golf Club. 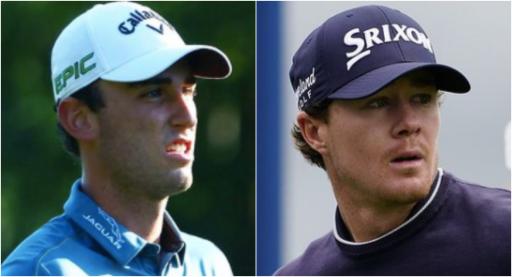 Renato Paratore and Sean Crocker climbed to the top of a competitive and packed leaderboard on day three of the Omega European Masters.

Crocker began the day seven shots behind the overnight leader Dean Burmester, but the South African faltered on Saturday with a disappointing round of 4-over-par.

Crocker may have bogeyed the first hole of the day in Switzerland, but he bounced back with five birdies in his next nine holes to reach 8-under-par for the tournament.

The 24-year-old, who is looking for his first win on the European Tour, made a fantastic eagle at the par-5 14th hole and added another birdie at the 15th hole to finish with a great score of 64.

Paratore joined Crocker on 10-under-par. The young Italian made three bogeys and four birdies on Saturday in Cranz Montana, but his round was highlighted by an extraordinary incident.

While the World No. 214 was mounting his challenge, he hit a wayward shot towards a crowd of spectators and his ball finished in the rucksack of one of the spectators.

Paratore and the crowd saw the funny side of things and he went on to complete his score of 69 to share a one-shot lead over Ross McGowan, Jorge Campillo and Jordan Smith.

There are currently 14 players leading and within three shots of the lead at the Omega European Masters heading into the final round, so it is all to play for in the picturesque setting in Switzerland.