MacIntyre's mother to the rescue as man collapses at the BMW PGA Championship. 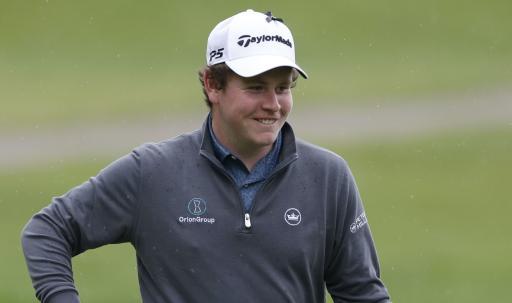 Robert MacIntyre's mother came to the rescue after a spectator collapsed at Wentworth in round one of the BMW PGA Championship.

A man fell to the floor while following the three-ball of MacIntyre, Alex Noren and Graeme McDowell on Thursday, and it was there that Carol MacIntyre was on hand.

The man was attended to by Carol before he was eventually taken to St. Peter’s Hospital in an ambulance with a police motorcycle escort.

"She’s done nursing stuff. She’s a jack of all trades. She’s not a doctor or can diagnose something straight away, but she knows the basics and she knew to cool the guy down.

"I was watching what she was doing, but there were more people than just here there to help. She’s some machine is Carol Mac."

MacIntyre would eventually card rounds of 74 and 69 but it would lead to a third consecutive missed cut on the circuit.

The Scot held every chance of earning one of three captain's picks in the European Ryder Cup team, but his recent form saw Padraig Harrington decide to look elsewhere.

MacIntyre needed to win the BMW PGA last week in order to automatically qualify for the team.

NEXT PAGE: PADRAIG HARRINGTON NAMES HIS THREE WILDCARD PICKS - BUT IT HAS NOT COME WITHOUT CONTROVERSY!