REVEALED! McIlroy's team finally filed for membership before May deadline. 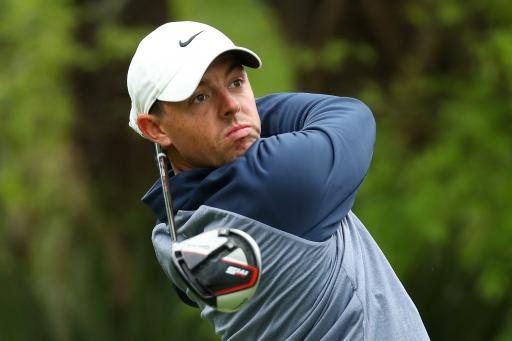 Rory McIlroy's team filed for European Tour membership before the May 1 deadline, it has been revealed by the Daily Express.

According to multiple sources, because the Northern Irishman waited to re-up, co-sanctioned events like the WGCs, along with The Masters, will not factor into his European Tour Race to Dubai points.

McIlroy, who turned 30 last week, is now in a race against time to adhere to the minimum amount of four European Tour events outside the majors and WGCs to fulfil his membership.

The European Tour is sceptical McIlroy will tee up in the Dubai Duty Free Irish Open at Lahinch in July, but he is reportedly expected to compete at the Scottish Open in North Berwick a week before The Open at Royal Portrush.

The four-time major champion is also expected to make a return to the BMW PGA Championship at Wentworth at its next date of September, as well as the European Masters and DP World Tour Championship at the end of the year.

RELATED: MCILROY ON LOSING EUROPEAN TOUR MEMBERSHIP - "IT'S NOT THE END OF THE WORLD"

At the start of the year, McIlroy claimed he was going to do what was right for him and base himself in the United States for the majority of the season to get the most out of his game on the PGA Tour - something he has been vindicated of doing so far with a victory and eight top-10 finishes in 10 events this season.

European Ryder Cup captain Padraig Harrington this week agreed to cut the number of European wildcards to three instead of four.

McIlroy will tee up in next week's US PGA Championship, a tournament he has won twice before in 2012 and 2014.

Rory McIlroy
european tour
Ryder Cup
Padraig Harrington
Previous
Bryson DeChambeau: The 7 things I think about before every shot
Next
Kang wins Byron Nelson but gets called out by Every for slow play