Ryder Cup: How did European hopefuls fare in Round Two at Wentworth?

Shane Lowry admitted he came to Wentworth with pressure on him, but fired a 6-under 66 in the second round. 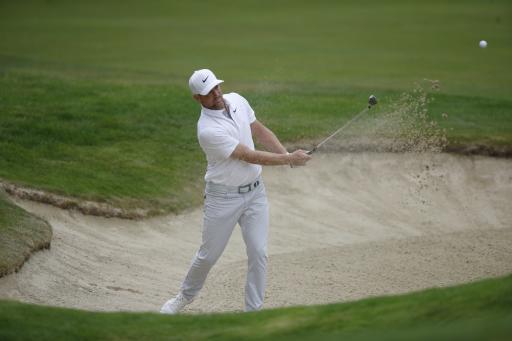 The race to see who will qualify for Padraig Harrington's Team Europe reaches its conclusion this weekend at Wentworth.

With day two of the BMW PGA Championship in the books, GolfMagic takes a look at who has stood out so far.

He followed his 2-under opening round of 70 with a 6-under 66, the only blemish coming at the tricky par-4 15th hole.

Justin Rose showed all his class and talent to reach 9-under and he would qualify automatically with a victory.

He said: "I'm happy with the number, obviously it keeps me rolling with the leaders."

Lowry admitted after his round he wasn't aware of what he needed to do to qualify automatically, but he felt pressure on his shoulders this week.

He said he had played some "pretty reasonable golf" over the last 12 months to get a captain's pick but is focused on the job at hand.

"I really feel like this course doesn't owe me anything," Lowry said. "But I've come close a few times. I'd love to win this tournament."

Sweden's Alex Noren backed up his opening round of 70 with the same score and sits at 4-under.

Robert MacIntyre got back into the red for the tournament, with the Scot carding a 3-under 69.

Calum Hill (+1) missed the cut as did Englishman Richard Bland (+2).

Matt Wallace needed a win this week, but had a disappointing two days at Wentworth Club, missing the cut.

Lee Westwood's position does still look a little bit vulnerable, thanks to Lowry's second round.

"I could still slide out now," Westwood said. "Depending on what other people do."

Henrik Stenson (71) made the cut and is at 4-under for the championship.

Rasmus Hojgaard missed the cut and finished 8-over for the weekend, as did Italian Guido Migliozzi.

Bernd Wiesberger had a frustrating start to his round but is in the clubhouse at 6-under.

Victor Perez made two birdies on 17 and 18 to make the cut at 2-under and keep alive his hopes.

Matthias Schwab is at 6-under, shooting two rounds of 69 heading into the weekend.

NEXT PAGE: WHO IS JUSTIN ROSE'S WIFE KATE ROSE?