Ian Poulter showed off his putting skills on the practice green as he sunk six putts in a row, using a different putter each time. 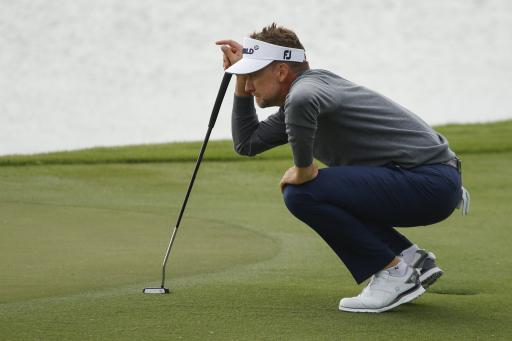 Golf fans have reacted on social media after Ian Poulter posted a video where he rolled in six putts in a row, using a different putter every time.

Poulter has always been one of the best putters around and it's a skill that has led him to become one of the most vital players Team Europe has had at the Ryder Cup over the past decade.

In the video posted by the Englishman, Poulter would roll in a putt and then swap to a different one, using a mixture of blade and mallet putters.

Was clearly not the arrow it was the Indian... #PutterShopping #Buckets pic.twitter.com/4D8nVcgJSB

Golf fans were impressed by the video, myself included, as it takes some doing to be able to sink six putts in a row from that distance and at that speed, especially using a variety of putters with different weights and feel.

RELATED: Dustin Johnson on why he loves to use a 7-WOOD on the PGA Tour!

"Boy I hope that feeling flows back just in time," replied Poulter, who remains hopeful of qualifying for Padraig Harrington's Ryder Cup side at Whistling Straits in September.

Golf fans flooded the comments in response to the video, with some suggesting that Poulter's video will make amateurs think twice about buying a new putter.

"You trying to ruin all those putter fitters. I thought you had to have the right shape, toe hang, etc," said one fan.

"Sponsors now p*ssed off as people going "na won't bother changing for a new putter Poults just banged in like 8 with any old crap" just practice with my old one," said another.