Thomas Detry had a WILD back nine during European Tour tournament

Eddie Pepperell asked Thomas Detry on Twitter to explain what happened as he pieced together a crazy scorecard on the back nine of the Austrian Open. 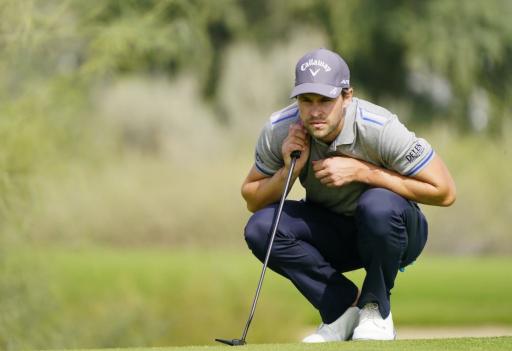 Thomas Detry produced a back nine that all amateur golfers could relate to during the final round of the European Tour's Austrian Open last week.

The Belgian star had got off to a brilliant start during Sunday's final round, starting his day with an eagle, before adding two birdies to the scorecard and one bogey, to make the turn at 3-under par.

Unfortunately for Detry, the back nine was far less impressive, shooting 13-over par in just nine holes, to end the round 10-over par.

Detry made a bogey at the par-4 10th hole and recorded his only par of the back nine at the next hole, before a double-bogey 6 sparked the first of seven crazy holes for the 28-year-old.

He’s generally having a good time of things on the course, and he’s a terrific player, so I don’t feel too bad about asking this publicly; @tomdetry, talk us through it... pic.twitter.com/UtF2QITvWH

"He’s generally having a good time of things on the course, and he’s a terrific player, so I don’t feel too bad about asking this publicly; Tom Detry, talk us through it," read the tweet.

Detry fortunately saw the funny side of his nightmare nine holes and was quick to respond to Pepperell: "Get your glass of red ready Eddie! It might take a while..."

Get your glass of red ready Eddie! It might take a while...