Are Tour pros getting away with violating player conduct?

Why are Tour pros getting away with clear violations of the standards of player conduct? 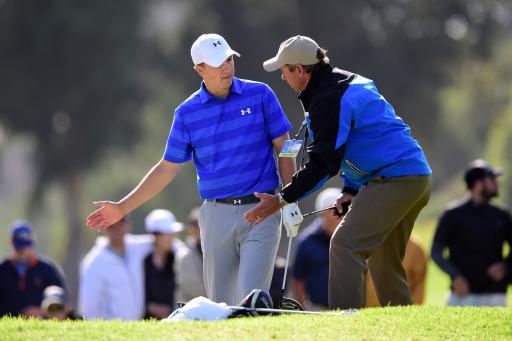 There are a lot of rules in golf and after the changes that were made in 2019, many players were left a little confused over some of them, but one rule that seems to be ignored sometimes is player conduct.

Over the last few years, we've seen many tantrums on the course, with players losing their temper, which is understandable given the amount of money on the line on Tour.

But have the Tours been too lenient in the past? We all remember Sergio Garcia rightly being disqualified from the Saudi International for thrashing out in the bunker after a poor shot.

Tiger Woods: Where does he go from here? The Masters or St Andrews?
Thorbjørn Olesen: How did the jury clear the Danish golfer of multiple charges?

There have been other times where players have clearly violated the rules within player conduct, for example Tyrrell Hatton smashed a tee box to pieces at the World Cup of Golf and although he received some bad press, he wasn't disqualified.

Of course we don't know what goes on behind the scenes in regards to fining players for misconduct, but why does this rule seem to be ignored?

Now there is no set penalty for a player breaking the rules of conduct, but the question has to be asked of where do we draw the line with how far a player can go before they are disqualified?

At the British Masters in 2019 at Hillside, Matt Wallace missed a crucial putt on the 18th hole of the final round and reacted by slamming his putter in anger while Marcus Kinhult still had a putt to win on the same line. Looking at the R&A's standards of player conduct, Wallace violated two rules within 'taking good care of the course' and 'showing consideration to others.'

These are just a couple of examples of what happened on Tour last year where players have avoided disqualification even though they have clearly violated player conduct. What is stopping the European and PGA Tour from taking the appropriate action when players are breaking the rules? Sponsorship? Bad press?

Why are players being docked shots when they accidentally break a rule that they may have known nothing about, but players who are having strops and tantrums are allowed to get away with it?

Take a look at the Standards of Player Conduct for yourself below so you're aware of what could get you disqualified for in a tournament.

a) Conduct Expected of All Players

All players are expected to play in the spirit of the game by:

There is no penalty under the Rules for failing to act in this way, except that the Committee may disqualify a player for acting contrary to the spirit of the game if it finds that the player has committed serious misconduct.

Penalties other than disqualification may be imposed for player misconduct only if those penalties are adopted as part of a Code of Conduct under Rule 1.2b.

Check out the full list of R&A rules here.

NEXT PAGE: Did you know about the new local golf rule on PROVISIONAL BALLS?