Did you know about golf's new relaxed rules on the putting green? 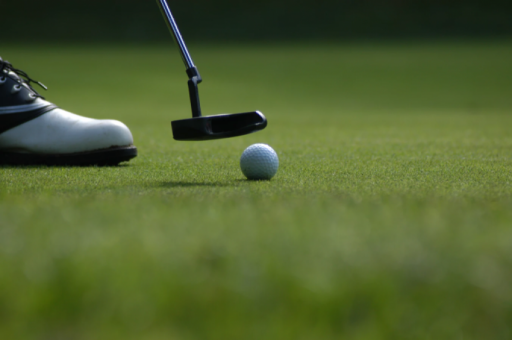 As we head into a new decade we can reflect on a full year of the new Rules, writes PGA Rules Panel member and PGA Fellow Professional Ashley Weller.

Inevitably, there was going to be some criticism and some players were going to fall foul as we all got used to the new way of doing things.

There were some notable casualties, none more so than Haotong Li at the Dubai Desert Classic when his caddie breached a new Rule, banning caddies from standing on an extension of the line of putt behind the player after he had begun to take his stance on the putting green.

This case and others caused the governing bodies to slightly relax this Rule and modify others during the year, but overall one has to say that there has been general praise for the first major overhaul of the Rules in decades.

Naturally, it has taken everyone time to get used to things, but one topic I have been asked about more than any other is that involving actions allowed on the putting green.

Gone are the days of Simon Dyson being fined and suspended for tapping down a pitch mark on his line of putt, but when a player says to me “I can do anything I like on my line now, can’t I?” it does send a shiver down my spine, so let’s look at it a little closer...

13.1c(1) states that sand and loose soil on the putting green may be removed (but not anywhere else on the course) without penalty, so no change there.

13.1c(2) is where things have changed hugely, and states that a player may repair damage on the putting green without penalty – but what does and does not constitute damage?

RELATED: "PUTTING WITH THE FLAG IN HAS BECOME A GIMMICK!"

> Ball marks, shoe damage (such as spike marks) and scrapes or indentations caused by equipment or a flagstick,

> Animal tracks or hoof indentations, and

> Embedded objects (such as a stone, acorn or tee).

Not Damage, resulting from:

> Normal practices for maintaining the overall condition of the putting green (such as aeration holes and grooves from vertical mowing),

> Irrigation or rain or other natural forces,

> Natural surface imperfections (such as weeds or areas of bare, diseased or uneven growth), or

> Natural wear of the hole.

And just before you borrow the heavy roller from Lords to flatten out those pesky spike marks, how do you go about affecting the repairs you are allowed to do?

The Rule states that a player may repair the damage allowed, but only:

> By using his or her hand, foot or other part of the body or a normal ball-mark repair tool, tee, club or similar item of normal equipment, and

So, as we can see, while the Rule has been greatly relaxed, and rightly so in my humble opinion, it does not give us the green light to attack every imperfection in sight once we reach the putting green.

NEXT PAGE: Did you know you could be DQ'd for breaking any one of these THREE rules?