"Outdated, golf needs to wake up! - GolfMagic readers debate the topic of socks on the golf course... 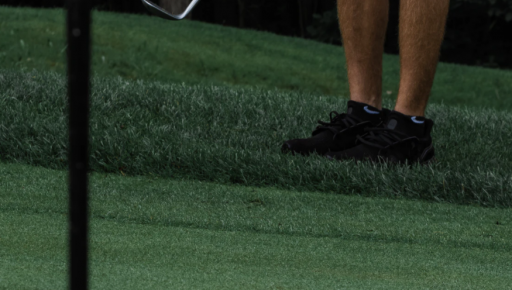 A golfer was informed he would not be allowed to play at a premier Sydney golf club last week after he turned up wearing black socks and black shoes (in shorts) - and it has caused a stir among our GolfMagic followers on social media this week.

Ewan Porter took to Twitter to reveal exactly why he was turned away from the club where he was told he would need to change into a pair of the club's white socks in order to continue with his tee time.

Visited a premier Sydney golf club today. Was told I wouldn’t be able to play wearing black socks with black shoes and I needed to buy white club socks. Leaving this open for discussion, but I said out of principle, I’d prefer not to play than bow to archaic rules.

Should ARMLOCK PUTTERS be banned in golf competitions?
Are you PIN IN OR PIN OUT following the golf rule changes?

"Was told I wouldn’t be able to play wearing black socks with black shoes and I needed to buy white club socks. Leaving this open for discussion, but I said out of principle, I’d prefer not to play than bow to archaic rules."

In GolfMagic's latest poll about wearing black socks on the golf course, 78% of our followers on Instagram voted in favour.

Now in a day and age where golf hoodies are accepted on the golf course (at least by most clubs in 2020), most of our followers were adamant that the colour of a golfer's socks should not matter in the slightest when it comes to playing golf.

One golfer said: "What an absolute joke to turn this guy away from the club for wearing black shoes and socks. The game has gone."

Another wrote: "Outdated. Golf needs to wake up."

DEBATE: "STUCK UP TOFFS ARE TO BLAME!" GOLFMAGIC READERS DEBATE GOLF HOODIES ON THE COURSE!

"This should not be an issue. Let's welcome as many to the game as possible," said another golfer.

"If hoodies are allowed then f*** yes! This isn't Wimbledon," commented another follower.

"I’m yet to hear a reasonable explanation as to why white socks are a must and any other colour is simply unacceptable," said one golfer.

Other golfers, however, are happy to adhere to the rules of each golf club.

"Wouldn't be allowed on some courses I know," said another.

"Rules are rules to be fair. At my course you have to wear knee high socks," said one golfer.

What do you make of the golf sock debate? Any stories? Share your thoughts and comments on our social media channels.