Jordan Spieth's fall from World No.1 was a painful sight to see, but could he be making a comeback? 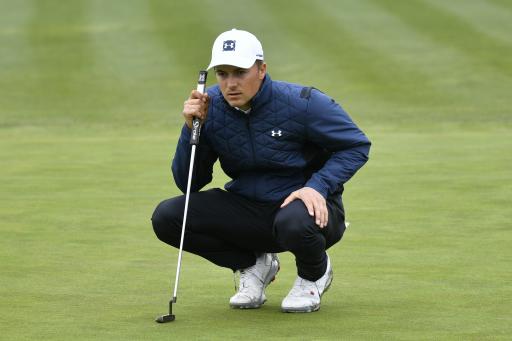 Five years ago, Jordan Spieth reached the pinnacle of golf, sitting pretty at the top of the Official World Golf Ranking. Spieth had it all, the skill, the attitude and the desire to win, he looked destined to stay at the top for a very long time. Unfortunately for Spieth and for golf fans around the world, he simply hasn't been the same since 2016.

After turning professional in 2012, Spieth's first victory on the PGA Tour didn't take long, claiming the John Deere Classic in the summer of 2013.

The following year, we began to see what Spieth was made of, finishing as runner-up at the Masters and making his Ryder Cup debut, becoming the youngest player to play in the biennial event in 85 years.

Spieth added more victories to his name that year, picking up the Emirates Australian Open on the PGA Tour of Australia and the Hero World Challenge, an unofficial event on the PGA Tour.

It was the year of 2015 where Spieth became one of the most exciting players the PGA Tour has ever seen, starting with a victory at the Valspar Championship, which moved him to 6th in the world rankings.

The following month, Spieth won his first major title at the Masters, before adding a second when he beat Dustin Johnson and Louis Oosthuizen by one stroke to win the U.S Open.

Another victory in 2015 at the John Deere Classic, followed by a 2nd-place finish at the PGA Championship and Spieth became World No.1 at just 21-years-old.

Fast forward to 2017 and Spieth was still dominating the sport and added the Tour Championship and another major, The Open, to his impressive list of achievements, seeing his professional wins tally hit 14.

Spieth spent a total of 26 weeks as World No.1, more than the likes of Fred Couples, Justin Rose, Adam Scott and Ernie Els.

Watching Spieth's extraordinary talent in 2017, we all thought we were looking at someone we would one day compare with Tiger Woods, but three years on and the American hasn't won since he lifted the Claret Jug at Royal Birkdale.

Spieth has fallen to 56th in the World Rankings, unacceptable for a man who possesses so much talent, but we forget he is still just 26-year-of-age and has plenty of time to make a comeback.

The recent three month halt of the PGA Tour was an unwelcomed one for the likes of Rory McIlroy and Jon Rahm who were in the form of their lives, but for Spieth, it was a chance to give his game a much-needed service.

“(The break) was a strong focal point of the last few months," Spieth told the media ahead of the Charles Schwab Challenge. "How can I get better physically, mentally and within the mechanics of my golf game, and then what’s the right process to start to put that in place?

“It’s not something that clicks and all of a sudden you’re just automatically the best player in the world. It’s certainly a process. But creating the right little habits that get me back on track was a big emphasis.

“I looked at it as a big-time opportunity for myself and didn’t take it lightly. I was certainly grateful for the time.

“It’s not a positive situation in general, but for me personally, I tried to look at how can I make this an advantage to myself.

“I feel like I’m progressing in the right direction, and the things that I’m working on are working towards getting things looking and feeling as good as they have in the past for me.

“That’s different, I would say, than a lot of the last couple years where I would be working on something and it wasn’t necessarily moving in the right direction.”

Spieth looked like a new man as I watched him in action during the first round of the Charles Schwab Challenge and it was clear to see he has seriously been working on bringing his A-game back.

He hit 15 of 18 greens in regulation during his first round, finishing at 5-under par and just two-shots behind the lead.

Getting the wedges dialed in.@JordanSpieth had this one on a string. pic.twitter.com/5vlDur7vru

Of course, it's too early to say Spieth is back, given that we are only one round into the tournament and Colonial is a course where he is comfortable, but there were some extremely promising signs in his play on Thursday.

Spieth looked comfortable, his putter was hot and his ball striking was pure and if he can continue his impressive start for the rest of the week, it could spark something inside of him.

This man is a mentality monster and seeing him climb the world rankings and be a top competitor in majors again would be fantastic for the sport.