YOU vs TOUR PRO: How many golf balls per round?

Some interesting findings in our latest survey - how many golf balls do you go through per round? 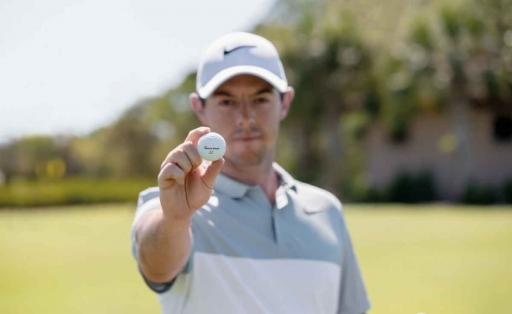 Sandy Lyle once told GolfMagic that he used ONE golf ball during all FOUR ROUNDS of a professional golf tournament back in the early 80s. We still to this day don't quite believe the former Open and Masters champion, but we'll take his word for it.

Apparently this was a result of straight hitting, superstition, holed putts and well, Scottish prudence!

Seve Ballesteros also once told us during the latter stages of his golf career that a golf ball manufacturer once handed him three brand new, individually-wrapped balls on the range at the 1975 Open Championship as the range attendant advised him: "If you make the cut, I'll give you three more."

The late charismatic Spanish legend said: "I miss cut, I had to wait!"

Thankfully Seve didn't have to wait too much longer for success at The Open - or range balls for life for that matter - as he went on to finish tied second behind Johnny Miller a year later at Royal Birkdale before going on to lift the Claret Jug three times in 1979, 1984 and 1988 en route to five major titles.

RELATED: THE GOLF BALLS AS USED BY THE WORLD'S TOP 20

What a difference 45 years makes on Tour, as you typically now see the world's best players going through at least six balls per round, which for the mathematicians among you will realise equates to one ball every three holes.

Some of the world's best players such as Tiger Woods, Rory McIlroy and Rickie Fowler sometimes even use around nine balls per round - one every two holes.

Several balls will get tossed out to the crowd like candy, while other balls will be launched into the nearest lake - much of that depends on what just happened on the hole in question.

Balls do get lost or get sent OB out on the PGA Tour, but given you've got hundreds and sometimes thousands of fans guarding a particular hole, that doesn't happen too often these days.

I know what you're thinking... it helps to have a golf ball sponsor.

"I typically go through between four to six balls per round," said Challenge Tour pro Gary Boyd.

"Much of it depends on the course you are playing. You generally use more balls when playing on a links course because the turf is quite firm and you cut balls up a lot more easily.

"Also if the golf course you play is a little shorter, then you generally would expect to use more wedges on second shots and therefore cut up balls a little more, so there is that to factor in too.

"Typically though, we would normally go through around two dozen a week when you consider the practice rounds etc. Most of us are fortunate as pros to be sponsored by manufacturers, which makes things easier for us though. I normally carry 10 golf balls a round, just in case. That is my lucky number so maybe that's more just superstition.

"If I lose anymore than that then I might as well just walk in!"

According to one golf brand, players at last year's Open Championship used just shy of 2,300 golf balls, which accounted to five balls per round for each player.

That is a very different prospect for us amateurs, however, especially when we are paying in the region of £40 to £50 for a dozen premium golf balls today.

We would love to chuck a TP5 Pix ball the way of a man walking his dog beside the 12th after draining an 18-footer for birdie and three points, but sadly with only one sleeve left in the bag next to the rotten apple and melted Mars bar that we desparately need to find a bin for, it's not really an option.

For the average hack, it has become something of an achievement - you could now say a 'Sandy Lyle achievement' - to complete a round of golf with just one golf ball.

"Darling, you'll never guess what happened out there today?!" you'll confess to your loved one over dinner.

They reply with something along the lines of: "I really hope it's a hole-in-one as that's all you ever bloody go on about?"

According to a recent survey we ran on GolfMagic, some 54% of our readers claim to use between three to five golf balls during an average round, while nearly 35% attest to only ever using one or two.

Our remaining 11% told us they can unfortunately go through at least two sleeves on any given round out there. FORE!

A total of 82% of our readers claim to have 10 or more golf balls in their bag prior to starting a round of golf, just in case they have a mare. Oh ye of little faith!

"I would say an amateur should really be changing their golf ball - out of choice - at least once every nine holes in order to get the most out of their game," said Boyd.

"Much of that depends on the type of ball they are using, and I guess the standard of golfer they are."

He added: "There are many factors to weigh up especially in the pro game. If we three-putt or make a bogey, we change our ball. Yet if we have just made two or three birdies on the bounce, we become a little more reluctant to change it."

The latest Modern Golf Ball Report reveals at least one in three golfers confess to playing the same ball until they lose it - seeing no correlation between low scoring and using a pristine ball during a round contrary to a Tour pro.

Most optimistic amateurs believe the same ball should last two rounds while kept in play - and even if they find a ball, 84% would continue to use the ball in play.

"I love to try and use the same golf ball as I consider it as something of an achievement," said one of our readers.

Another reader said: "Yeah I mean don't take golf that seriously and I just want to keep as many balls as possible as it gets quite expensive after a while. I will more than likely lose at least two balls per round."

One reader takes a different stance: "I like to change my golf ball every six holes, especially if I've caught one thin a couple of holes back - which tends to happen a lot. Changing your golf ball can prove vital for lower scores."

One ball or nine balls per round, it doesn't really matter at the end of the day - after all, there are no pictures on a scorecard.

It's certainly a topic for debate though, and let's face it, we've got plenty of time to debate golf right now during this coronavirus lockdown. Come to think of it, I better go and find that TP5x I thinned into the flowerbeds last night.

How many golf balls do you go through a round? What's your criteria for changing golf balls mid-round? Head over to our social media channels on Facebook, Instagram and Twitter to let us know.