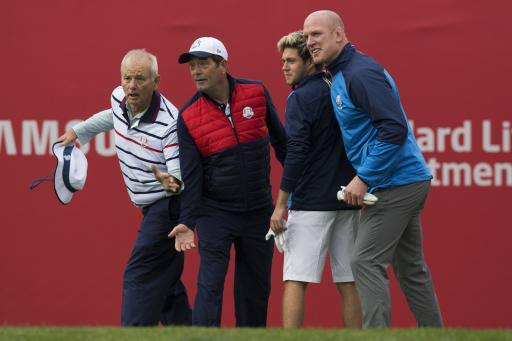 Before the main event comes the undercard, but in this instance the pretenders are arguably more famous than the prize fighters.

Unlike celebrities, this bunch rolled out of bed for free, teeing it up in the pre-Ryder Cup celebrity scramble match at Hazeltine (let's hope they replaced their divots).

One Direction's Nial Horan turned out, doing more to promote the game to youngsters than the R&A have in the last decade.

Here are the best snaps from the day.

One Direction's Niall Horan on the first tee (Getty Images)