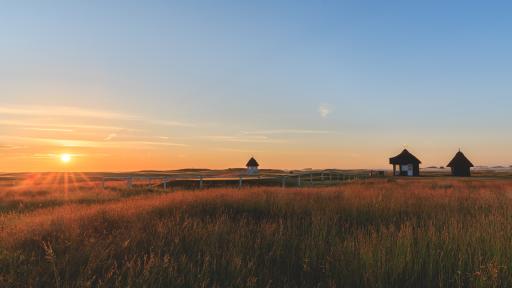 Tickets for the 2020 Open Championship at Royal St George's in Kent have sold at the fastest rate since Open records began, according to the R&A.

Golf's oldest major returns to Royal St George's for the 15th time in Open history, of which the last was back in 2011 when Darren Clarke famously fulfilled his lifelong dream of lifting the Claret Jug.

Tickets for the July 16-19 tournament went on sale on Monday, with the R&A since reporting unprecedented demand and its highest selling day of advanced tickets ever.

The R&A says tickets are currently on priority sale to members of The One Club - get your tickets now by visiting TheOpen.com.

Royal St George's Club is England's first ever Open venue, and its classic links test is regarded as one of the finest in the world - testament to some of the Open champions it has produced.

The club was founded in 1887 in a setting of wild duneland. Many holes feature blind or partially blind shots, although the unfairness element has been reduced somewhat, after several 20th century modifications.

The course also possesses the deepest bunker in championship golf, located on its fourth hole, and its spectacular 6th hole - ‘The Maiden’ - is sure to be a popular viewing spot as spectators line the towering dunes which surround the green.

The 2019 Open Championship returns to Northern Ireland for the first time in 62 years with Royal Portrush playing host to the world's best golfers including Rory McIlroy, Tiger Woods, Brooks Koepka and Dustin Johnson.

NEXT PAGE: THE BEST CHANCES OF A BRITISH WIN AT THE 2019 OPEN