The most surprising omissions from the top 125 in the first leg of the FedEx Cup Playoffs at The Northern Trust... 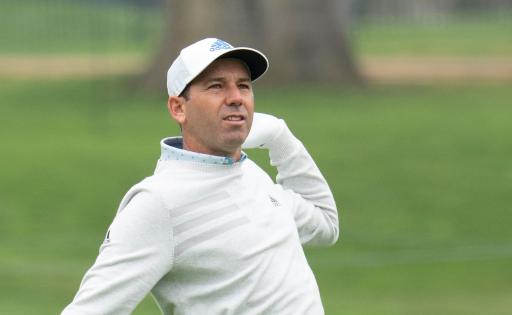 The FedEx Cup Playoffs tees off this week with the top 125 players in the season-long standings competing for The Northern Trust.

With the top 70 players in the race progressing to next week's second leg at the BMW Championship, there is plenty to play for at TPC Boston this week. Let's take a closer look at seven players that surprisingly missed out on getting this far...

Schwartzel might not be the player he once was when slipping on the famous Green Jacket at the 2011 Masters, but he did show glimpses of a return to form with a tie for third at the 3M Open.

Despite his late attempt to make the top 125, a missed cut at last week's Wyndham Championship ended all hopes of the South African making the cut for The Northern Trust.

Cabrera Bello may have waited an age for his ball to drop for birdie last week, but it was too little avail in the end as the Spaniard fell four places shy of making the grade.

The World No.61 has recently admitted to not having his best form since golf's return in May and it has shown in his results with four missed cuts

The wins may have proven a simple task for Wallace over on the European Tour in recent years, but it's not quite happened for the Englishman in his first year out on the PGA Tour.

A recent switch to Callaway from PING could possibly explain this dip in form as he looks to build the confidence with his new setup.

It's not all been doom and gloom for him though with a tie for fourth at the Memorial Tournament suggesting his game is turning a corner once again, however, it does mark his only top-10 finish in 13 starts on the PGA Tour this season.

Despite ranking 41st in the world right now, Garcia finished 135th in the FedEx Cup standings.

The former Masters champion won on the European Tour at the back end of last year but has failed to fire on the PGA Tour this season with just top-10 finish in 12 events coming with a tie for fifth at the RBC Heritage.

Garcia dropped his equipment contract with Callaway and appears to be looking to find a set that is going to work for him as he looks to get his game back with the US Open and The Masters on the horizon.

Willett's game has either been all or nothing since he won the 2016 Masters.

The Englishman, who won the BMW PGA Championship on the European Tour last year, has notched just one top-four finish in 13 starts on the PGA Tour this season with a tie for fourth at the Rocket Mortgage Classic.

Willett has missed five of eight cuts since golf's return on the PGA Tour, which says all you need to know about his omission from the top 125 at this week's Northern Trust.

Perhaps not a huge surprise to some, but five-time PGA Tour winner Holmes has typically proven a steady customer on the circuit. Albeit a slow one.

Holmes' biggest issue has been injury this season and despite attempting to play in the Workday Charity Open, he ended up withdrawing from the tournament in his only start since golf's return.

Before lockdown, Holmes had been showing glimpses of promise with three consecutive top-20 finishes on Tour, and he would have easily made the top 125 had been fully fit.

It's fair to say Molinari has never quite recovered from throwing away the 2019 Masters as his game has dipped very badly the past 12 months.

However, like Holmes, injury has played big part in that, as the 2018 Open champion has not played a single PGA Tour event since golf's return.