PGA Tour professional Adam Hadwin says he will consider not playing in events if certain rules are changed once the Tour returns after lockdown. 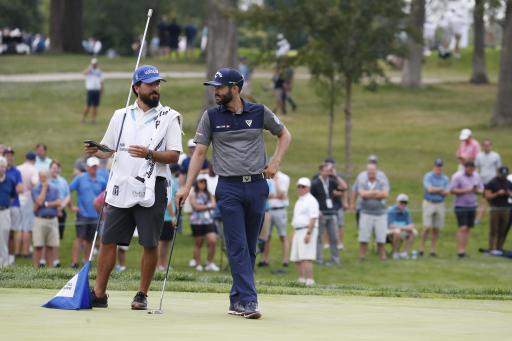 The PGA Tour plans to return to action in June at the Charles Schwab Challenge, but due to the fact that the coronavirus risk is still at large, new rules could be enforced to ensure health and safety is a priority, but some players aren't too pleased with the idea.

It has been rumoured that when the players do return, a new rule may be temporarily put in place that means flagsticks must remain in the hole and not be taken out when players are on the greens.

Adam Hadwin, Canadian golfer on the PGA Tour who won the Valspar Championship back in 2017, revealed in an interview with TSN that he would consider pulling out of events if flagsticks can't be removed.

“Are we not going to be allowed to touch pins, or flags?” Hadwin said. “I putt with the flag out, so if we all of a sudden are going to be forced to putt with it in to not touch a flag, I’m going to have issues with that, and that might make me honestly rethink playing, because it changes everything.

"Doesn’t matter how well I’m hitting it; when I get on the greens I’ll be thinking about it, how I’m putting with the flag in and I haven’t been able to adjust to it and I shouldn’t have to adjust to it. Maybe I’ll protest, maybe I wouldn’t. If that’s the only possible way for us to play again, I don’t know, maybe. Maybe I’ll play and moan about it every day that I play and just go do it. Hopefully it doesn’t come to that.”

NEXT PAGE: Tiger Woods reveals the injury that "DESTROYED" his body