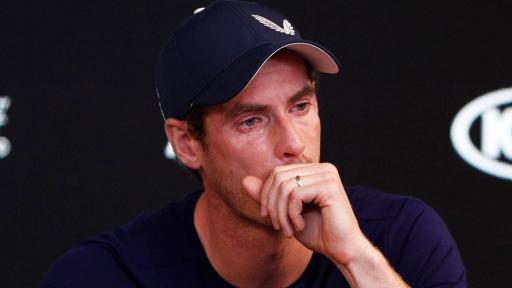 Andy Murray admits he has been preparing for his doubles return at Queen's Club on Thursday by playing lots of golf - only things didn't quite go to plan in the Club Championship at Wentworth Club last weekend.

Murray - reportedly a 7-handicap golfer - claimed to have shot a disastrous 29-over par on the Wentworth West Course, unfortunately aided by THREE SHANKS on the first hole.

The Scot admitted that nerves got the better of him alongside his brother Jamie Murray on the first tee at the host course to the annual BMW PGA Championship on the European Tour.

"I played the golf club championships [at Wentworth] with my brother on Saturday, which went horribly," said Murray.

"Me and Jamie [Murray] scored 101 each which was not pleasant. It all got away from me quickly. I hadn't shanked a ball for the last 12 or 13 rounds I had played and I had three on the first hole. I was so nervous."

WATCH: HOW TO STOP THE SHANKS!

A new-look Murray returns to the court this week after a lengthy layoff following "life-changing" hip surgery, and he will compete in the doubles competition at Queen's Club alongside doubles partner Feliciano Lopez.

Murray, who just snuck into the draw by using his protected ranking of No 2 in the world, will team up with Lopez to battle Colombian top seeds Juan Sebastian Cabal and Robert Farah at 11am on Thursday.

Asked on Sunday if he wanted to win the upcoming Wimbledon doubles title, Murray replied: "I think it’s possible, but I don’t mind if I don’t. I would say it would be unlikely, because I’ve not played many matches."

In the eyes of the former World No.1, the plan is very much to get back to former glories.

"My goal is still to get back to playing singles," said Murray.

"Six to eight weeks ago I was chatting to my team about the best way to do that and we felt that doubles would be a good option to test myself out and see how I feel. It's a good thing to try rather than just going back into a tour-level singles match which is tough."