'Carnoustie is opposite of Shinnecock - it's a perfect championship' 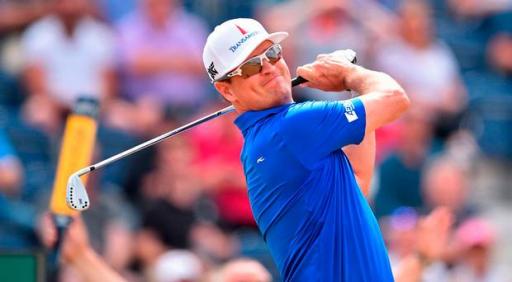 The affable American was not the player expected to thrust the knife into the USGA following their inability to set up a fair golf course for the second major of 2018. Ian Poulter, Sergio Garcia, Tiger Woods – that would have more sense. But not Zach.

That sound bite from the 42-year-old, and Open winner in 2015, became a major takeaway from what was a farcical Saturday in New York.

All ears – well, some – were therefore on Johnson after his opening round at Carnoustie for the 2018 Open. Would he take a stab at the historic Scottish links? After all, the recent heat wave has taken its roll, with grass transformed into a mustard colour throughout.

"From a competitive standpoint I think you could argue Shinnecock is the best course we could play," Johnson said. "Carnoustie is really, really good too, don't get me wrong. But the beauty of what we're seeing right here is Mother Nature just took it over. This is what you get.

"When you go into a place like Shinnecock and try to not let Shinnecock be Shinnecock, you saw what happened on Saturday, which is unfortunate. I shot two over and played awesome.

"I felt bad for the guys behind me because I had a moderate tee time. I felt really, really bad for the USGA because they're good people. I just don't understand the mentality.

"And this is the opposite of that. The golf course is what it is. Greens are what they are. It's a perfect Championship.

"You go back to the first two days at Shinnecock, how many guys were under par? One. Who was it? Dustin. Who is he? He's number one in the world.

"There's nothing wrong with it. The R&A does a terrific job. They always do."

The 12-time PGA Tour winner shot a 69, two under, yesterday and is currently two under through 12 holes.