DeChambeau defends use of protractor

Bryson DeChambeau has spoken about his controversial use of a protractor on his green book. 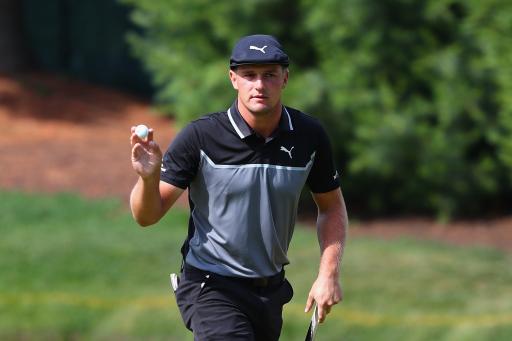 Bryson DeChambeau says using a protractor on his yardage book did not equate to a “distance measuring device”, merely a “referencing tool”.

The 24-year-old American, who defends his title this week at the John Deere Classic, said he was trying to accurately determine pin locations using the protractor at the Travellers Championship last month.

The Tour initially did not seem to have an issue, but later banned the practice.

"Look, I'll say one thing on that. I will say it's unfortunate," DeChambeau said. "That was never my intention, to skirt the rules or anything like that. It was just a device I thought had been used for a long time in different fields. It shouldn't be an issue. It's not a distance-measuring device. It's just a referencing tool.

Dechambeau said he would work with the USGA in the future to make the rules “more clear”, but will not be burying the approach which earned him the nickname “The Scientist”.

“Look, I'm not trying to push the game in any direction. I'm trying to utilize every tool in my brain to be able to reference information and get information in a way that I can utilize to the best of my ability," DeChambeau said. "We want to see what's allowable, and what information we can gather, and how much resolution can we have under that type of information."