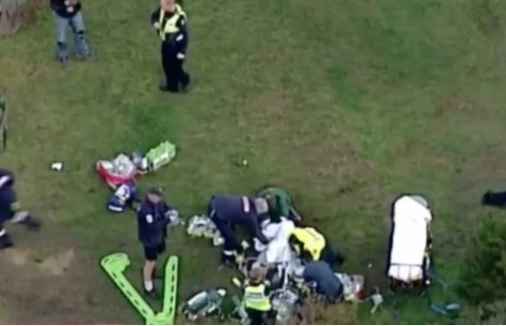 An Australian golfer has been jailed after drunkenly stabbing his best friend in a near-fatal incident.

According to the Herald Sun, an argument over one's antics led to an altercation, a stabbing, emergency surgery and a 20-month jail term.

Matthew McKay, 31, was sentenced Monday after pleading guilty to recklessly causing serious injury and assault with a weapon last August.

An intoxicated McKay became violent after his two friends called him out for defacing the greens at the Broadford Golf Course near Melbourne and asked him to stop.

Instead, McKay left the course to get a knife from his car and returned later to attack the other two. He struck one of them in the thigh, puncturing a major artery and causing an injury so severe it required the victim to be airlifted to a hospital.

“He had lost almost three litres of blood and was minutes away from death,” County Court Judge Frank Gucciardo told the newspaper.

Simon Mudd was described as McKay's "best mate" and the two had been friends since they were five years old.