Everton and Open golf partnership is a first between a Premier League club and the Claret Jug. 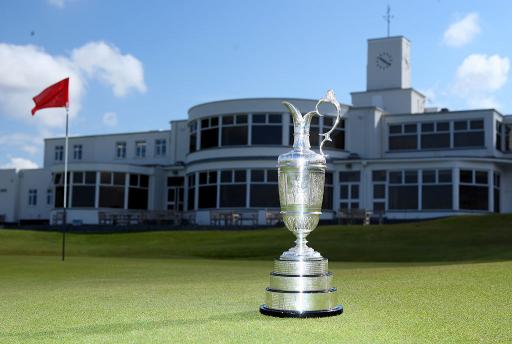 Everton Football Club has agreed a media partnership with the Open Championship ahead of this summer's 146th staging of the tournament at Royal Birkdale in July.

Marking the first ever partnership between a Premier League club and the Open Championship, the relationship will deliver exclusive content to fans in the build up to the third major of the golf season.

As part of the tie-up, the historic Claret Jug trophy tour will stop by Everton’s USM Finch Farm training ground this month and their Goodison Park stadium later in the season.

One of the main marketing activations around the partnership will be an exclusive Everton coloured Open Championship cap which fans will receive when purchasing a ticket between Tuesday 21 February and midnight on Tuesday 28 February when they use the online promo code- 146thOpenEve.

Everton’s head of engagement, Scott McLeod, said: “The North West is home to England’s Golf Coast and many Evertonians will also be golf fans, this media partnership will give our supporters the chance to get closer to one of the world’s greatest sporting events taking place on our doorstep.

“With some exclusive content planned with our coaching staff and players as well as golfers, we look forward to working alongside The Open on activating another Everton first.”

Who would you like to see win this year's Open Championship? Share your thoughts in the forum or join us on social media.