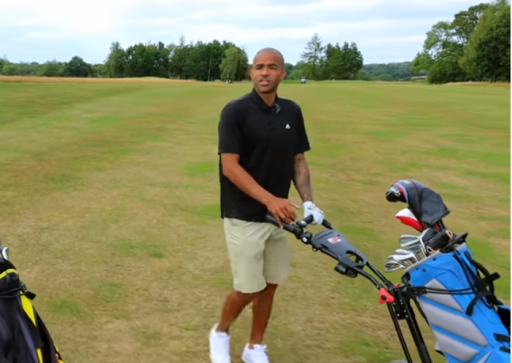 Kieron Dyer, the former Newcastle and England footballer, has quit his golf club following "abuse of a racial nature", according to a report in The Sun.

Dyer, 41, has decided to leave Hintlesham Golf Club in Suffolk for good after claiming a member used "monkey" and "banana" slurs behind his back in the clubhouse bar on July 24.

NEW GOLF LIFE VIDEO OUT
The FOOOORE hole challenge with the very funny , very honest , bloody good golfer Kieron Dyer. What a guy. One of the best in my opinion . Hope you Enjoy @IpswichTown @HintleshamGC

"It was brought to my attention that a member verbally abused me in the bar area at Hintlesham Golf Club last Friday," said Dyer.

"That abuse was of a racial nature, and while I did not hear it myself as I had left, I was left shocked when told.

"I immediately resigned via email. I have always found it a nice club with good people, but this is a deeply upsetting incident.

"I just hope the matter is dealt with appropriately by the club. There is no place for this type of racism in our society."

Hintlesham Golf Club has since released a statement after learning about the incident.

"Following reports of an alleged racist abuse against Kieron Dyer, a respected member of the club, we have commenced an investigation into the incident," read a club statement.

"Hintlesham Golf Club will not tolerate racial abuse or any similar abuse at the club. Any member found to be involved in such action will have their membership immediately terminated.

"If such action is committed by a guest at the club they will be banned from returning.

"We pride ourselves as being a friendly and welcoming club and such action is not compatible with our principles."

Dyer, who played for England a total of 33 times, had been a member of Hintlesham GC for several years.