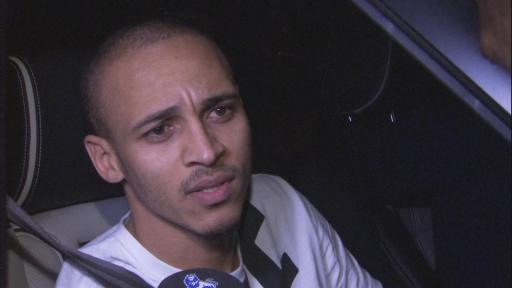 Former West Brom striker Peter Odemwingie has retired from football and is now turning his attentions to golf as he seeks to become a PGA professional over the next three years.

Odemwingie scored 30 goals in 87 appearances for West Brom where he won three Player of the Month awards in the Premier League, and he also had spells at Cardiff City and Stoke City. He also excelled at international level, earning 63 caps for Nigeria where he scored 10 goals.

But perhaps Odemwingie's most famous moment came off the field in a car park.

Odemwingie drove more than 120 miles from Birmingham to London on Transfer Deadline Day in 2013 to help speed up a move from West Brom to QPR, but it all fell through as manager Harry Redknapp claimed "wires got crossed".

While that particular "new chapter" may have failed for Odemwingie, the 38-year-old is now setting his sights on another in the world of golf as a PGA professional where he will work alongside former Challenge Tour professional Jak Hamblett, according to Express and Star.

Odemwingie is currently a 4-handicap golfer and he will bid to get all the qualifications he needs as well as improve his golf game by supporting weekly lessons at Calderfield Golf and Country Club in Walsall.

“I have known Peter for a couple of years now,” Hamblett told Express and Star. “I’ve always had a knack for the short game, I played a bunker shot in a pro-am with Pete and he said: ‘You have to teach me how to do that’.

“The rest, as they, say is history. He had a couple of lessons, got more and more interested in the coaching side of the game and now he wants to go professional. He wants to learn how to be a PGA coach and has chosen me to be his mentor which is remarkable really."