Golf analysts: 'pressure got to Rory'

Did the pressure of completing the career Grand Slam cripple Rory McIlroy? 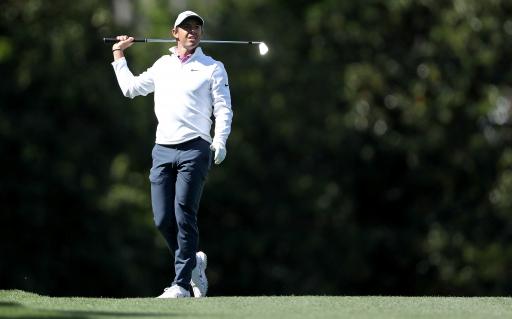 When Patrick Reed and Rory McIlroy took to the third tee on Sunday with just a stroke separating them, the clever money must have been going on the Northern Irishman.

FRUSTRATED MCILROY: AT LEAST I PUT MYSELF IN POSITION

With four majors in the bank compared to Reed’s none and a recent win at Bay Hill still resonating, the bookies slashed his odds to even.

But then golf happened.

But why did Rory fail to perform? “Pressure” was the reason, according to Golf Channel analysts.

I was surprised. I expected a lot more from Rory today. Goes to show that nobody’s exempt from the pressures and the crunch of trying to win major championships, let alone complete the career Grand Slam.

And I listened to him [Saturday] night and it was obvious to me that he was really trying hard to defer the pressure. I thought it said volumes about the pressure he was feeling. And it was evident from the very first swing he made today.

You do not forget that tee shot off one. You don’t. There’s a crucial role for amnesia…you really need to be able to forget those things. But that’s a really hard shot to forget.

Nobody’s immune from pressure. Ben Hogan had a three-shot lead here in 1954, shot 75. In ’52 he was tied for the lead and shot 79. There was no Golf Channel back then to sit around and dissect, ‘is Ben Hogan losing his mind or his golf swing? Is he ever going to win again?’ Unfortunately now with all the money they make comes the scrutiny.

(it was) the worst swing I’ve seen him make all week. And he was lucky it didn’t go out of bounds. If it had gone out of bounds that might have been better, to be honest. And re-tee and say, ‘where did this come from?’

The occasion was probably far bigger than what even we realise taking everything else into consideration. If you go through his whole round I don’t think you find three good swings in a row.