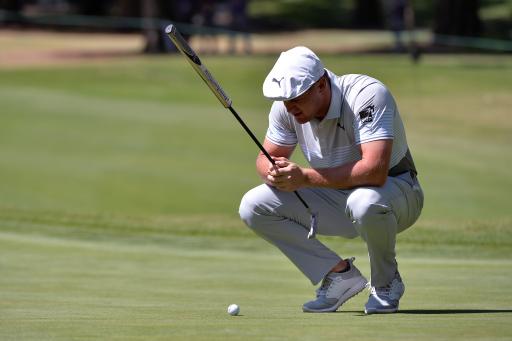 Sam Harrop sent Twitter into a spiral when he released his first golf song about Tony Finau, when even Finau reacted to the brilliant tune about whether the American would win a tournament, having not won since his maiden victory in 2016.

The Finau song was soon followed with a song about Anthony Kim's whereabouts and now Sam has released his third, this time about Bryson DeChambeau and his questionable choices on the golf course as of late.

One thing's for sure, some players give us more material to work with than others.

But is has to be said – golf would be a much duller place without characters like Bryson.

As light-hearted as Sam's new song is, he certainly makes some valid points.

Although DeChambeau is currently playing some very good golf, he has been surrounded in some controversial moments as of late, following his brief 'beef' with Brooks Koepka and his new found friendship with Patrick Reed.

DeChambeau has recently been on a fitness journey where he's put on some significant size in an attempt to add more distance to his game, which has certainly paid off as the American currently ranks first in driving distance on the PGA Tour, averaging over 320 yards.

Hard work happens even in the off season. #LiveVictoriously in every moment and the rest will pay off. Back in competition in Abu Dhabi next week! @greygoose