Golf rules: Did you know this about raking the sand after your shot?

Did you know about this golf rule about smoothing the sand after you have played your shot? 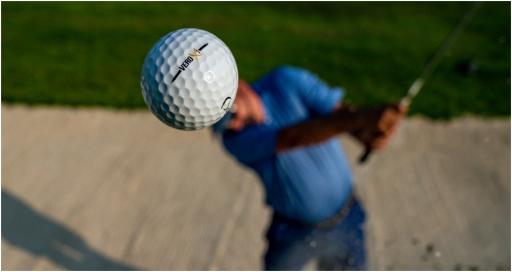 Sometimes the golf gods do not smile favourably on us.

How many times have you piped your drive straight out of the middle of the club face and found the scraggiest lie imaginable?

How many times have you found a bunker only to see the ball pancaked, or up against the lip?

It's part and parcel of the game. But sometimes other players have an impact on our game.

Probably top of my list is being in a bunker that hasn't been raked. I mean, I know I've hit a poor shot to put myself in there in the first place.

I should not be punished again. Curse you, cruel world.

This was a sight that greeted me the other day at my club. I was absolutely furious.

I thought to myself, I clearly am not able to smooth the sand out before I hit my shot. I simply have to take the medicine that some selfish soul had provided me.

I am allowed to remove loose impediments around the ball provided I don't improve the lie or move the ball.

But what happens if I hit the ball and then do that thing that pros do and smooth out the sand with my foot before grabbing the rake - only for the ball to come back towards me in my improved lie?

Well, this is an interesting one. If I were to smooth the sand and deliberately affect the ball in motion - then it would be a penalty of two strokes or loss of hole in match. This is under Rule 11.3.

If I was outside the bunker when I was smoothing, then there is no probel at all - even if the ball was going to come back to.

This is what the Rules of golf say about this:

When Touching Sand Does Not Result in Penalty. Except as covered by (1), this Rule does not prohibit the player from touching sand in the bunker in any other way, including: