The latest video on the Golf Rules Questions has caused a disagreement between golf fans in the comments. 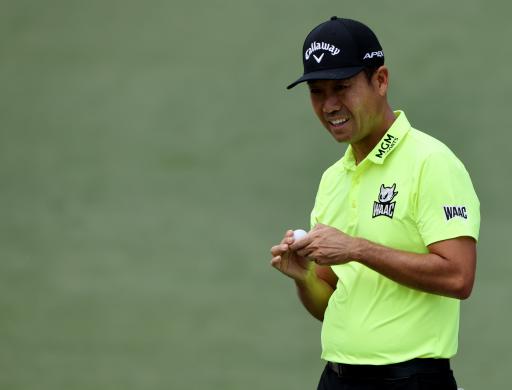 The Golf Rules Questions page on Instagram is often used to teach amateur golfers more about the complex rules of golf and how unique situations can often lead to penalties, but the latest video has caused quite the stir.

In the latest post, a video showing a putt from PGA Tour player Kevin Na was used, where he hits his ball up a slope and waits for it to come back to the hole, before placing his hand in the cup to catch it as it drops.

Now the putt was of course made in a practice round and not during the tournament, but had he actually attempted the shot when the compeition was underway, he would have faced some trouble.

WATCH THE PUTT FROM NA IN THE CLIP BELOW:

The caption that went with the post asked the page's followers what the ruling in this scenario would be and the answer was also provided: "That is deliberately stopping a ball in motion - the general penalty is incurred, (two strokes or loss of hole penalty), the stroke does not count, it must be replaced and replayed. Rule 11.2c(2)."

It caused some confusion for golf fans, who replied in the comments saying they believe the ball is technically already holed.

"If the ball is considered holed, wouldn’t this mean it is also no longer considered in motion?" asked one golf fan.

"It's not holed until it is at rest in the hole," replied Blake, a golf coach and rules expert who runs the Golf Rules Questions Instagram page.

Multiple other fans flooded the comments to have their say on what they believe the definition of 'holed' was, but Blake continued to respond to them all to clear up any confusion.

The post seemed to touch a nerve with one person in particular, who tried to back up his point with a slightly unrealistic idea that Na waited for the ball to touch the bottom of the hole and used his "insanely fast reflexes" to quickly retrieve it.

"Honestly. This account is getting so annoying," he said in the comments. "‘Ball mostly below the hole is ok, ball pushed by wind is up to the club pros interpretation, ball falling in because of gravity after at rest for 12 seconds in a thee stroke penalty.’

"Blah blah blah. This dude dropped a sick reverse putt and you are saying it’s no good. How the hell do you know it didn’t perfectly land stopped at the bottom of the cup, he had his fingers separated and insanely fast reflexes?"