GolfMagic's Top 3 Moments of the Year

We look back at our favourite golf moments in 2018 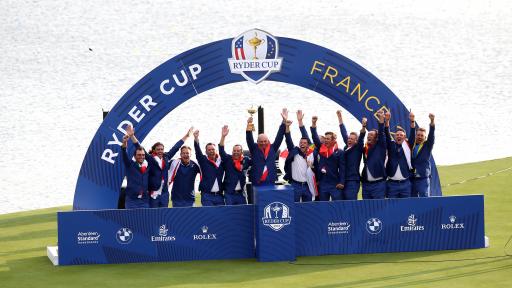 Justin Rose. Possibly the most underrated golfer of all time. Rose is surrounded by younger talent on Tour who seem to get a lot more recognition for their achievements than Rose does, but his consistency is undeniable.

The 38-year-old is a true role model to all aspiring young golfers and has been flying the flag for English golf for years, with players like Tommy Fleetwood looking up to Rose as an inspiration.

Rose was never spoken about as being one of the world's best until he actually got there. Players like Dustin Johnson, Jordan Spieth, Brooks Koepka, Justin Thomas and even Rory McIlroy have stolen the spotlight, even when struggling to find form.

The Olympic Champion won three times in 2018 (oh, and not forgetting the FedEx Cup for $10m) and he deserved all the praise he received when he became World No.1 for the first time in his career and the first Englishman to do so since Luke Donald in 2012.

Justin Rose is a class act and GolfMagic were behind him all the way this year and will be again in 2019.