Graeme McDowell 'proud of the town' after a 'phenomenal' Open

Graeme McDowell says he is 'proud of the town' following the success of the 2019 Open Championship. 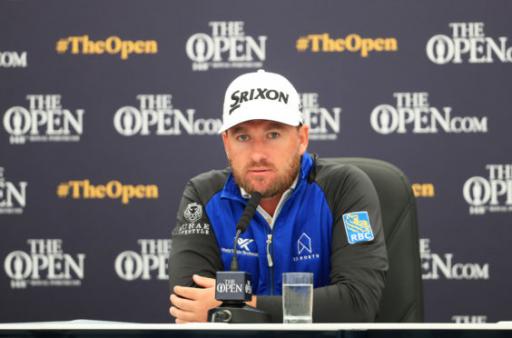 Graeme McDowell finished his final round on Sunday with a six-over-par score of 77, to end the tournament four over and in T57, on what proved to be a very tough final day at Royal Portrush. Despite the difficult finish, McDowell, a Portrush native, says he is "proud of the town, Northern Ireland and the whole island of Ireland" after the 2019 Open Championship.

"I've been overwhelmed by comments from players, caddies and even TV crews who have said this is the best links course they have ever seen," said McDowell.

"Some are saying this is the best Open Championship they have ever been to.

"That's just special. For a guy who grew up here and is from the town it's amazing. I love this place and it is the realisation of a dream to have the Open Championship come back here, to see all the fans out there creating such a wonderful atmosphere," McDowell added.

The Dunluce Links course on the beautiful coast of Northern ireland, was packed with sell-out crowds who created an atmosphere that made the 2019 Open a championship to remember. It was the second best attended Open in history, behind St Andrews back in 2000.

"The people who have come out to offer their support this week have been overwhelmingly full of good cheer and have had such excitement to have this great event here in Portrush and on the island of Ireland," said the Northern Irishman, just moments after receiving a sensational home reception on the 18th green in front of the 4,000-seater grandstand.

McDowell started his final round in brilliant style, making a birdie at the first, but a double bogey on the eighth dented his front nine. The anticipated rough weather conditions arrived during McDowell's back nine, which saw five more bogeys appear on his scorecard, tumbling him down the leaderboard.

"I wish I could have played a little better at the end but I'm not going to let that back nine destroy this past week and how I feel about it because it has been such a great experience on so many levels," he said.

"It was disappointing today but the golf course found me out a little bit in the end. I'm not 100% on top of my game at the moment.

"When it got tough out there, I couldn't get it on the fairway and I lost a ball at the eighth - that knocked the wind out of my sails a little bit.

McDowell was the only player hailing from Northern Ireland who made the cut into the weekend, following the early departure of both Darren Clarke and the favourite to win the tournament, Rory McIlroy.