Englishman left frustrated at WGC-Mexico after a bogey on the final hole. 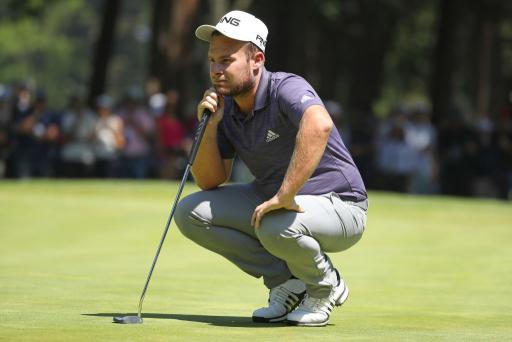 Tyrrell Hatton was left frustrated after a “horrific” bobble cost him the chance to enter a play-off at the WGC-Mexico Championship.

The 26-year-old Englishman, who has three wins on the European Tour, carded a bogey five on the last hole in Mexico after he was unable to get up-and-down from off the green.

Hatton had a makeable putt to join Phil Mickelson and Justin Thomas in extra holes, but was unable to hole out.

“It’s the most horrific bobble I’ve ever seen with the putt. It’s a downhill putt, you can hit it soft...I’ve almost double hit it. It’s a joke,” he said.

To add to the frustration, Hatton pulled the wrong club on the approach to the 18th.

“We were trying to think, 148 meters into the last but it was the wrong club,” said Hatton.

“So it's just disappointing. Need a shot in there to take the spin off and we hit a club that's pitching around the pin if I hit a really good one and it's just going to spin. So I'm absolutely raging with that.

“I'm pretty hacked off. We'll see, you never know when you're going to get the chance to win a WGC event again. This is the first chance I've had of winning.

“I can't believe that I'm not at least in the play-off, I've played good enough, thought I handled the situation pretty well. Guess it just wasn't meant to be.

“You don't get many opportunities to win WGC events and I feel like I've thrown a really good opportunity away. So I'm pretty upset, definitely angry. Don't know how else to sum up really. Just wasn't my day today.”

Previous
Watch: Thomas holes out on 72nd hole in Mexico, gets into play-off
Next
Titleist launch SM7 wedges in raw finish with customisation