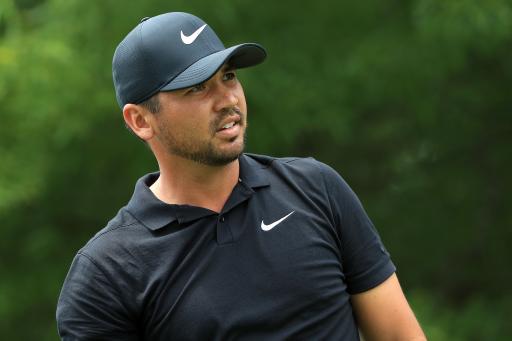 Jason Day opened up a two-stroke cushion heading into the final round of the Wells Fargo Championship at Quail Hollow.

The world number 14 suffered a slow start on Saturday with a bogey at the fifth but then pressed the accelerator with five birdies in the space of seven holes from the ninth.

And despite a mini scare at 18 when his ball sat close to the water hazard left of the fairway, Day took his shoes and socks off to hit a fine recovery shot into the heart of the green and two-putt for a closing par.

Earlier in the week, Day told the media how he wanted to become "uncomfortable" in order to get back to the world number one position, which he last held at the end of February 2017.

Day is bidding to win for a second time in 2018 after landing his 11th PGA Tour title at the Farmers Insurance Open at the end of January.

Peter Uihlein hit the new course record of 62 to move up to 7-under in a tie for fourth, but was left fuming after being told to take a drugs test straight after the round.

Uihlein is joined on 7-under alongside compatriots Bryson DeChambeau and Aaron Wise, as well as England's Paul Casey.

Phil Mickelson lies at 5-under after a superb 64, with Rory McIlroy back on 3-under after faring 10 strokes better than Friday with a 66.

Tiger Woods posted his first sub-70 round at Quail Hollow since 2009 and was markedly better on the greens, but his 3-under 68 had the feeling of being too little, too late. Woods sits at 1-under and nine strokes off the pace.

The 14-time major champion has suffered a miserable time on the greens this week, with a total 64 putts in his last two rounds.

PGA Tour
2021 QBE Shootout: What is greensomes and HOW does it work?
PGA Tour
Kevin Na: Instead of walking one in, he opts for a LUNGE at the QBE Shootout
PGA Tour
PGA Tour players REACT to Tiger Woods' return at PNC Championship
PGA Tour
Jason Day shows off INCREDIBLE golf complex in his back garden!
PGA Tour
"I'd better get my head back on and FIGURE it out": Adam Scott reveals 2021 woes