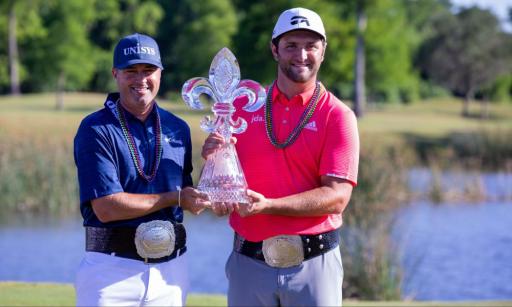 Jon Rahm and Ryan Palmer won the Zurich Classic of New Orleans team event by three strokes on 26-under par.

Rahm, 24, and Palmer, 42, joined forces for the first time together in the tournament and many considered them to be the most unlikely of pairs given their very different on-course personas. The Spaniard being a little fiery, in comparison to the laidback style of the Texan.

“Obviously very different stories, but to get it done together … it was amazing,” said Rahm, speaking after signing for a foursomes 69.

“Our games complement each other so much, the way we drive the ball, our iron play,” Palmer said, “and there's nothing better than missing greens knowing his short game is behind me.”