Paige Spiranac says she is going through some life changes as she touched on her divorce from Steven Tinoco. 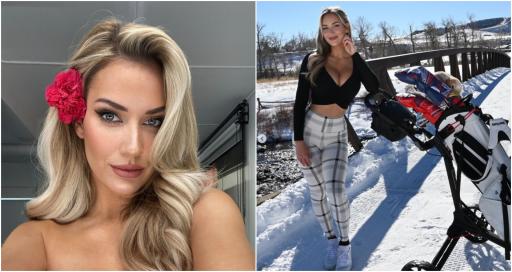 Paige Spiranac says she is excited about making a "fresh start" as she touched on her divorce in her latest YouTube video.

The social media sensation, 29, married fitness trainer Steven Tinoco in 2018 and since she has tried to keep her private life just that...private.

Fans spotted she was no longer wearing a wedding ring in her videos in early March and she confirmed the split with Tinoco in an Instagram Q&A.

At the time, she said: "I do get this question a lot so I do want to address it. I was married.

"I am no longer married and if you could just respect my privacy it would mean a lot to me."

In her latest YouTube video Spiranac announces she is currently in the process of moving homes and is leaving Colorado.

"There has been some life changes and [I] just wanna get out of here," she said.

"I am recently divorced and, uh, yeah, just kind of...getting a fresh start and I am excited about it.

Her video documents a trip to Los Angeles where she has photo shoots with Club Champion and BYLT Basics.  She also test drove a Ferrari.

The former pro golfer has never gone into further details about her love life.

Elsewhere, she is also releasing a Masters towel: