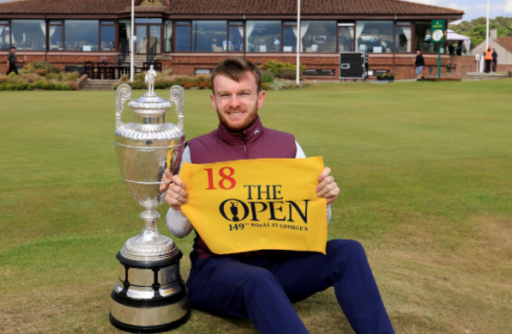 He edged the game back to just 4 down after 27 holes but Scowsill quickly asserted back into a 5 up lead with just seven holes left to play.

Shepherd pulled the match back to 4 down when winning the next hole and Scowsill would find himself 4 up with four holes remaining.

Incredibly, Shepherd won all four of those holes to move the match into sudden death, and he would then go on to seal the victory at the second extra hole.

“It’s an amazing, amazing feeling,” said Shepherd, who had been working much of the year in a call centre during the coronavirus lockdown.

“To come back from eight down through 17 holes, I mean I was honestly more concerned about not making an embarrassing record-breaking defeat. Monty played so good in the morning, so composed, and I didn’t really have my game. To turn it around was unbelievable.

“The tears are probably for the tough times I’ve had over the last few years. It’s never nice as an athlete when you feel like you are going backwards, like I was.”

The victory for Shepherd will now see him earn a spot in next year's US Open, this year's Open Championship and next year's Masters.

Past Amateur Champions include José María Olazábal, Sergio Garcia, Matteo Manassero and last year’s winner, Joe Long, who made his US Open debut at Torrey Pines today as a result of his success.