Man arrested for DESTROYING golf course with a tractor

Members of Dunedoo Golf Course are furious after a man destroyed multiple holes using a tractor. 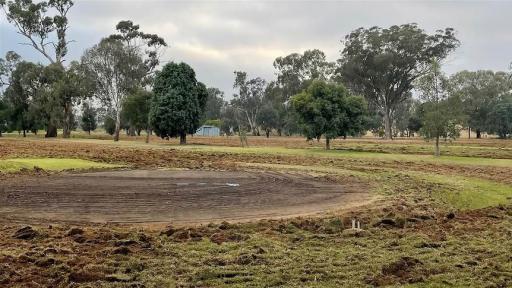 Golfers and staff members at Dunedoo Golf Course in Australia have been left absolutely furious after a man used a tractor to completely destroy multiple fairways.

The alleged suspect, a 34-year-old man, has been arrested after he drove the tractor through the golf course on Tuesday night and caused serious damage to the turf.

"It's devastating for the club and the community," Dunedoo Golf Club president Mark Gallagher said. "It looks like a paddock that's just been worked up for the first time in many years to get ready to put in a crop."

WATCH THE VIDEO BELOW TO SEE THE DAMAGE CAUSED

The golf course is the only one in the town of Dunedoo and follows a string of misfortune for the town, after it was hit with a fire, a drought, the coronavirus pandemic and now this.

"It's pretty devastating to see the state of it, the photos don't really show the effect," Mr Gallagher added.

The police arrested the man on Wednesday and he was charged with five offences, which included the possession of an unathorised firearm, with two unregistered weapons being seized from the home in the north of Dunedoo.

"We're such a small club, the course is all done with volunteers, everyone does so much work on the course, it was looking a picture," said Mr Gallagher.

"Many of our members were saying they'd never seen the course in such great condition.

"We'll organise working bees, a lot of people are very proud of the course especially how we've brought it back after the drought.

"There's nothing that can't be fixed. Everyone is safe, what's been done is done, there's no lives lost so life will go on as normal — just without golf."