Man gets married then wins $1 million in Masters fantasy game

Not a bad couple of days for this American golf fan. 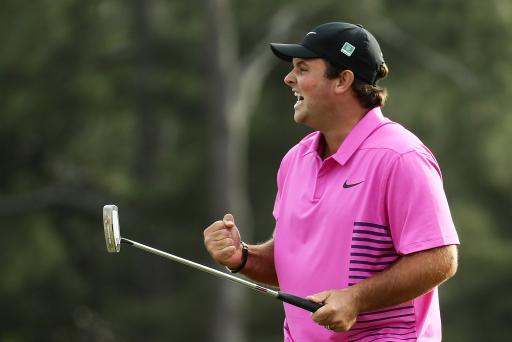 Drew Mathews, a systems analyst from Lakeland, Fla., saw his six-player lineup - which included the top three in Patrick Reed, Rickie Fowler and Jordan Spieth - take the top prize in the fantasy tournament.

Mathews admits he didn't catch any of the action during the final round because he was busy driving back to Florida in an eight-person van from Nashville, where he had just gotten married Friday night.

"The really surreal part when I had the gut feeling I may be near the top was when I was getting notifications of all these people adding me as friends on (DraftKings) and following me on Twitter," said Mathews. "So I just had this odd feeling something was happening."

Mathews got plenty of points from Reed, who was owned in only 8.9 percent of entries, but what helped put him over the top was an ace on the 16th hole during the final round from Hoffman, which earned bonus points in the DraftKings scoring system.

"When I got home I got the winnings notification from (DraftKings) and I showed my wife, and we're just so excited," he said. "Just a completely surreal dream experience."

NEXT PAGE: HOW DOES ALCOHOL REALLY AFFECT YOUR GOLF GAME?