Fitzpatrick up to a career-high World No.20 following fast finish at Memorial... 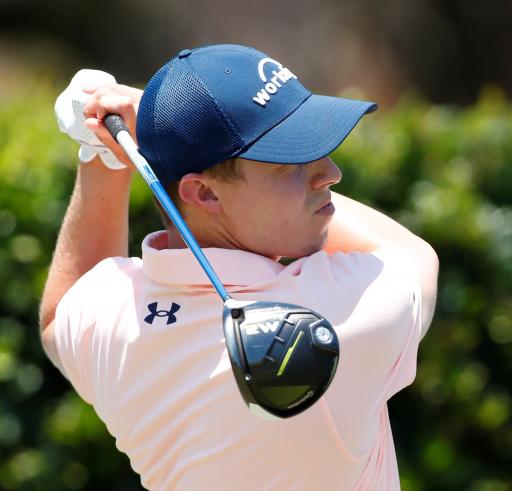 Matt Fitzpatrick was quick to heap praise on his new stand-in caddie Jim 'Bones' Mackay after finishing solo third at the Memorial Tournament, a result that vaults him to a career-high 20th in the Official World Golf Rankings.

Fitzpatrick, 25, acquired the services of Phil Mickelson's former long-time caddie for back-to-back weeks at Muirfield Village but has confirmed his regular caddie Billy Foster will be back on his bag for the WGC-FedEx St Jude Invitational in Memphis in two weeks time.

The Englishman finished tied 27th at the Workday Charity Open with 'Bones' on the bag last week, and then followed it up with a solo third finish at the Memorial on Sunday after posting the lowest round of the final round with a 4-under 68 to finish 5-under par for the tournament and four strokes behind new World No.1 Jon Rahm.

Fitzpatrick was quick to praise the experience of his bagman, especially during the brutally difficult conditions on Sunday.

"He has seen conditions like this plenty of times, and to have him on the bag was brilliant," said Fitzpatrick, paying tribute to Mackay.  "I definitely learned a couple of things off him, and I'll be picking his brains to see what I can improve on."

He added: "Billy [Foster] is coming back on my bag, and will be back at Memphis."

Mackay was equally as impressed with what he saw from Fitzpatrick.

"Yeah, even more so. He's got a ton of shots, and to me the most underrated skill a professional golfer can have, which he has in spades, which is the ability to read greens," said Mackay.

"He's an amazing green reader, and I think that's going to take him a long way in this game. He's longer than I thought he was going to be. He's good. He's really good. And the thing I told him out there today is if I was his full-time caddie, and he's got a great caddie in Billy, is that his game matches up really well for the majors.

"It might not be as great in Palm Springs, but my goodness, you get to the U.S. Open, you get to these tough courses with some rough, and he can do a lot of damage."

Fitzpatrick was also delighted to fight back from a slow start to his week when falling out the blocks with a 75 with rounds of 66, 74 and 68.

"It felt amazing," said Fitzpatrick, who moves up to a career-high 20th in the world following his third-place finish at Muirfield Village.

"From where I was on Thursday, it wasn't highly expected to be honest. To be in the clubhouse at 5-under par for the week is fantastic."