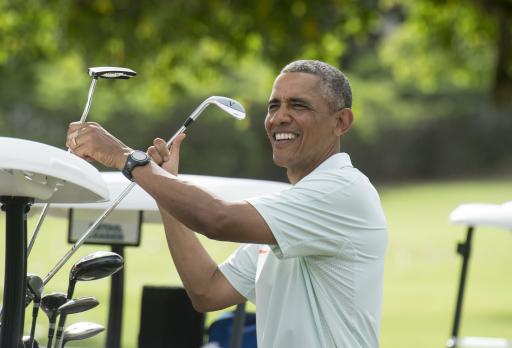 A Maryland country club is facing its own exclusion row over whether to admit Barack Obama after one of its high-profile members resigned on Monday.

Jeffrey Slavin, a local mayor, dropped his membership on Martin Luther King Jr. Day because of the controversy, saying he could “no longer belong to a community” with such “intolerance.”

“I can no longer belong to a community,” Slavin wrote in an email to the general manager of the club.

“Where Intolerance is accepted, Where History is forgotten, Where Freedom of Speech is denied, And where the nation’s first black president is disrespected,” said Slavin, the mayor of Somerset, Maryland.

Slavin thanked the club for “many great memories” and signed his email, “Stay Woke.”

The initial controversy at the Woodmont Country Club, a predominantly Jewish club, stems from Obama’s controversial positions and actions regarding Israel, which have angered many members, including liberal Democrats.

A number of members have moved to block the president’s entry — with some threatening legal action if he’s admitted.