Phil Mickelson says Brandel Chamblee has made a career by "denigrating others". 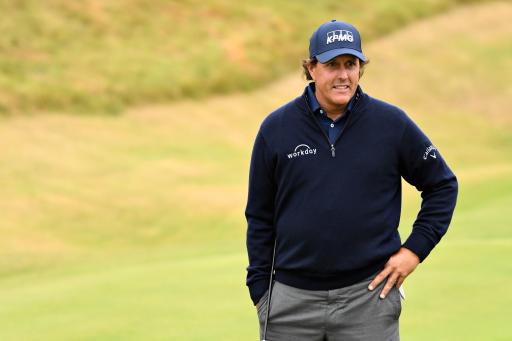 Phil Mickelson has laid into controversial commentator Brandel Chamblee, saying they “don't see eye to eye on anything".

The Golf Channel analyst and Mickelson do have history, with Chamblee lambasting Lefty for his negative comments about Tom Watson following the 2014 Ryder Cup, and later saying he doesn’t deserve to be a captain in the event.

Mickelson was talking to GOLF for their August issue.

“I feel like he's made his commentating career on denigrating others. And I don't care for that. I like people who help build the sport up and promote it for what it is, rather than tearing down and ridiculing others."

I’ve said many positive things about Phil over the years & will no doubt continue to do so as he keeps impressing us on the course. He’s entitled to his opinion. My role is analyst,not cheerleader&that sometimes means being asked to comment on some of Phil’s more bizarre actions. https://t.co/fkGa9S94tI