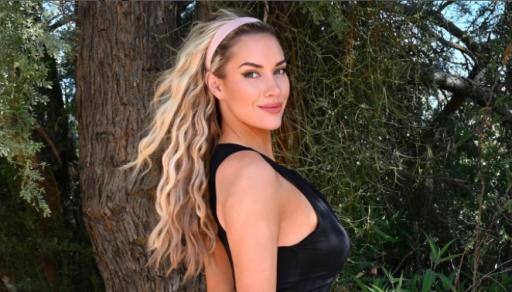 Paige Spiranac took aim at Greg Norman with a tweet after finding out that Tom Brady is coming out of retirement to return to the NFL.

Six weeks ago, the legendary quarterback confirmed his retirement at the age of 44, but now he has revealed he's made a u-turn.

Brady plans to go back to the Tampa Bay Buccaneers for his 23rd NFL season to continue his illustrious career in which he has won the Super Bowl seven times.

Spiranac wasted no time in using this news to take a dig at Norman, who is the CEO of LIV Golf Investments and the commissioner of the Saudi golf league.

"The only thing shorter than Tom Brady’s retirement was Greg Norman’s lead in the 96 Masters," tweeted Spiranac. A harsh burn indeed.

In 1996, the Australian blew a six-shot lead at The Masters and surrendered the Green Jacket to Sir Nick Faldo. It is regarded as the worst collapse in golf history.

Paige is no stranger to using harsh words towards the two-time major champion as a result of his association with the Saudi golf league.

On an episode of her podcast with guest and golf analyst Amanda Rose, Spiranac described Norman as "screwed" with regards to the progress of the rival movement to the PGA Tour.

"He is literally swimming with the fishies. He is just, like, not doing well. Not keeping his head above water," Spiranac said.

"He wanted the Saudi link to work out and now he is screwed."

Was her tweet about Norman's heartache 26 years ago too far? Perhaps, but this will have made many golf fans crack a smile and a laugh.

Next Page: Tiger Woods reveals darkest moment to date: "It was a death sentence"