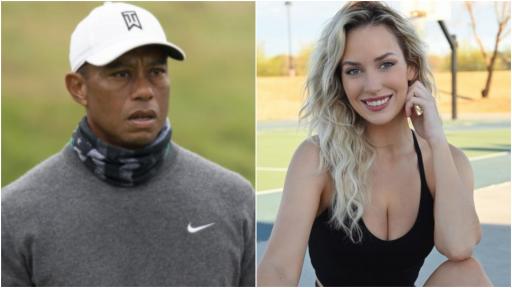 Paige Spiranac earns more money than Tiger Woods and Rory McIlroy when it comes to Instagram posts, according to the annual sports social media rich list from BonusFinder.com.

Then again, we're not sure Woods and McIlroy will be too bothered by the latest news.

Woods, a 15-time major champion and record 82-time PGA Tour winner, has accumulated more than $120 million through PGA Tour earnings alone, which is some $28 million more than next best Phil Mickelson.

RELATED: HOW MUCH IS TIGER WOODS WORTH?

Despite not having played in a professional golf tournament since 2016, Spiranac typically posts a number of modelling shots, selfies, golf tips and trick shots on her Instagram page.

Spiranac also has her own successful weekly 'Playing-A-Round' podcast, where she discusses the latest PGA Tour action and biggest talking points in the game, and she also chats to special guests.